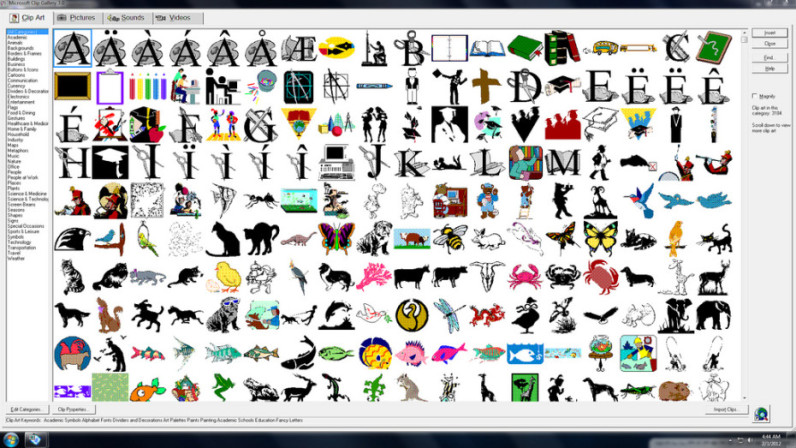 Much to the sadness of people who loved to hate Clip Art, the service was killed off in 2014 because, you know, it was pretty terrible.

Well it has been reinvented via a new partnership between Microsoft and Pickit, which is now integrated into Office and Windows 10 so you can use its legally-cleared, crowdsourced images to spruce up your dull work documents.

The images on Pickit are uploaded by individual photographers and stock image banks, which get 60 percent of revenues made, meaning they should be sharing things that beat the old Clip Art catalog.

Since Clip Art closed, Microsoft users have been directed to open Bing image search, but there’s no telling how many of those images are actually free to use – Pickit reckons 85 percent of all pictures used in presentations are just stolen from the internet.

Now, rather than pinching pictures from the Web, there’s a database of images right in the Microsoft dropdown. Just like the heady days of Clip Art, but better.

Read next: Become a PMI-certified project manager with the PMP Prep bundle