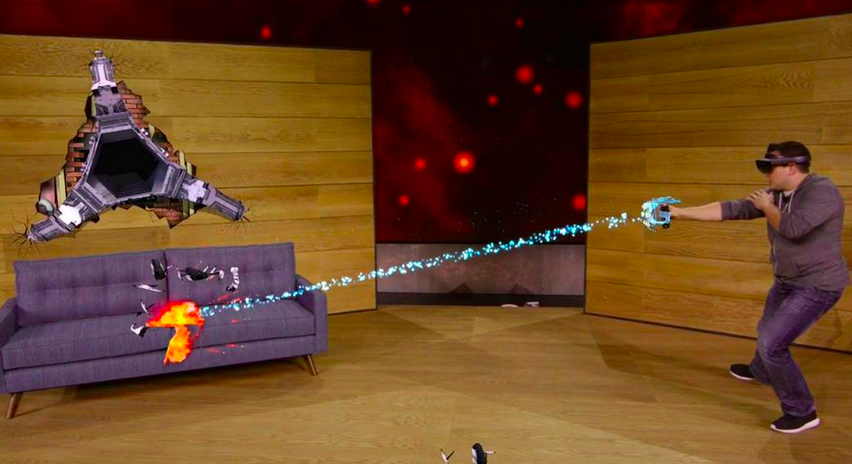 Microsoft revealed a project it’s been working on in-house today at its event in New York – Project X-Ray – an exploration in ‘mixed reality entertainment’ made possible by HoloLens.

Project X-Ray is an ambitious game that has serious wow factor, despite its basic nature. Essentially turning your house into the games arena, it is your mission to protect yourself from an alien that is hiding out in your walls. Once they break through that wall and enter your home, well, you’re going to get attacked.

HoloLens uses X-Ray technology to analyze your home and thus create a wireframe of the walls, so it knows exactly where to place the bad guys in the game.

The demo at today’s event had one player blasting through walls and fighting aliens on stage. Holding a new controller, he was able to summon a holographic blaster which he used to take his attackers down as they were coming out of the walls.

Additionally, Microsoft announced that the HoloLens Development Edition will be available for developers for $3,000 in Q1 of 2016.