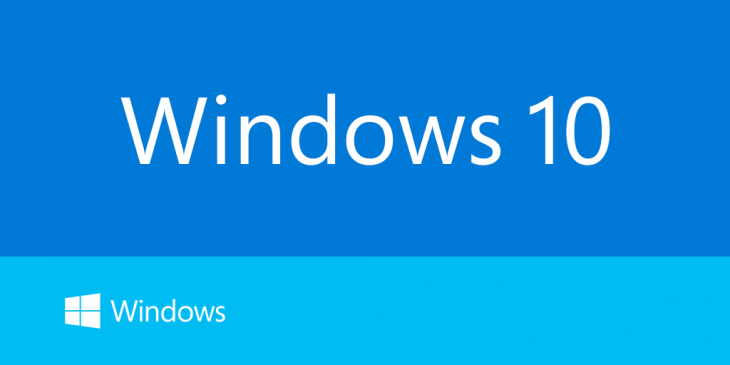 At its Windows event in San Francisco today, Microsoft announced the next release of its operating system. Known until now as codename Threshold, the successor to Windows 8 will officially be known as Windows 10.

Terry Myerson, Microsoft’s Executive Vice President of Operating System, unveiled the name, after saying Windows is used by about 1.5 billion people. “Windows is at a Threshold and now it’s time for a new Windows,” Myerson said at the event. “It wouldn’t be right to call it Windows 9.”

Before giving the new name, Myerson trolled everyone by saying it would be called Windows One. Since Windows 1 has already been released though, the company chose to go with Windows 10. He did promise, however, that Windows 10 would work across all types of devices (computers, tablets, phones, and of course the Internet of Things): “One product family. One platform. One store.”

The new operating system will offer a tailored experience for each device, but a single store will offer apps and updates across all devices. Windows 10 “will deliver the right experience on the right device at the right time,” Myerson said.

As the company has said before, it’s bringing back the Start menu. At its Build 2014 conference in April, Microsoft had a mockup available.

Today, it has the real deal, at least as it stands right now (remember, a lot can change from today):

The Start menu not only has live tiles, but you can resize them, which impacts the overall size of the menu itself. You can also search the Web and receive results without opening up a browser.

While showing off the new operating system, Joe Belfiore, Corporate Vice President, Operating Systems Group at Microsoft, said today that going from Windows 8 to Windows 10 is like going from a Prius to a Tesla. “They don’t have to learn any new way to drive.”

Windows 10 will naturally support universal Windows apps. As has been rumored before, they will be accessible from the desktop in a windowed mode. The Snap View will also work with both classic and universal apps.

Belfiore also demoed new features like Task View (which shows you all the apps that are currently open, even across virtual desktops):

Here is the Windows 10 Start Screen:

The preview we’re seeing today isn’t completely new. Screenshots and videos have been leaking for weeks, showing off the new Start menu, the virtual desktops feature, the Notification Center, a flatter user interface, and even Cortana integration.

This release is also expected to be different in that Microsoft is hoping to gather more feedback than usual. Many of the features and changes aren’t even ready to show off yet, so testers can expect the company will be constantly tweaking its offering over the next months.

It’s important to emphasize that today’s event is the first of many to come. While this one focuses on enterprise and power users, Microsoft will naturally host others, including ones for consumers. In fact, early next year the company will talk “more about the consumer story” and during its Build conference in April 2015, it will “share more about Universal apps.”

The reason business users are getting a nod from Microsoft first is simple: that’s where the company makes the big bucks. “One of the most important customers for Windows is the enterprise,” Myerson said at the event. Redmond is very interested in communicating that it has been hard at work to move away from Windows 8, which many have criticized for not being as easy to use with a mouse and keyboard.

The next version of Windows was widely expected to arrive sometime next year. Even the Wi-Fi password at the event was chosen to remind everyone of this: “Windows2015.”

During the Q&A, Myerson confirmed a mid-2015 release. Pricing information, however, was not revealed.

This is just the beginning. Tomorrow, Microsoft will launch the Windows Insider Program. It will start off with a Technical Preview build for laptops and desktops, with one for servers to follow.

“We’re inviting our enthusiastic fans to evaluate it with us. We know they’re a vocal bunch,” Myerson said. “We’re planning to share more than we ever have before, frankly earlier than we have before.”

Read next: 5 fintech startups to watch from Techstars’ Barclays Accelerator