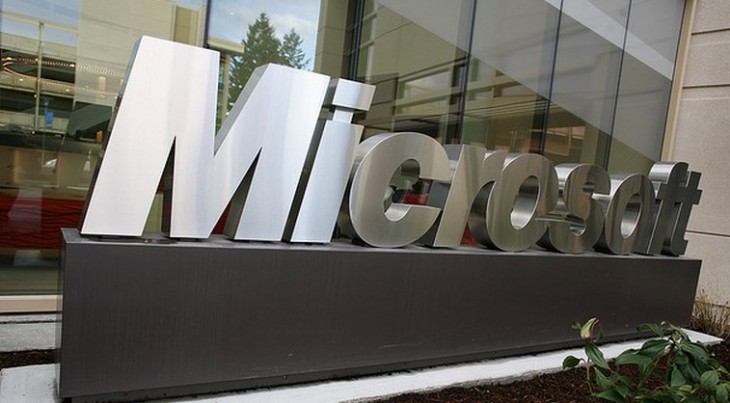 $731 million dollars is quite a lot of money. That sum is the amount that the European Union fined Microsoft earlier today for failing to comply with rules concerning browser choice on the continent. Three quarters of a billion dollars, for a browser choice mistake.

If you had any sort of qualm concerning the value of providing a window to the Web, disabuse yourself of it now. Here’s Microsoft, cheerfully saying that it will pay the fee, and never make the same sort of error again that led to the fine:

“We take full responsibility for the technical error that caused this problem and have apologized for it.  We provided the Commission with a complete and candid assessment of the situation, and we have taken steps to strengthen our software development and other processes to help avoid this mistake – or anything similar – in the future.”

Right, then, send the check to the following address.

Christopher Mims of Quartz put together good commentary on the scale of the fine, noting the following:

But here’s why Microsoft need not care about the €561 million ($732 million) fine: According to its latest 10-Q statement, the company has $51 billion in overseas cash burning a hole in its pocket. That money represents profits earned overseas, much of it in Europe, that Microsoft refuses to bring home to the US because to do so would be give up 35% of it in corporate taxes.

It’s common knowledge that foreign cash for US-based companies is often less useful than its face value would indicate. Say, 35% less useful, in that it is less flexible than US funds; you can’t use it for whatever you wish, as to spend it in the United States would incur a fat tax bill. Technology companies are as savvy as any other in avoiding parting with their brass.

Taking Mims’ comment on the $51 billion into question, the figure has two points: Microsoft is wealthy, and, it enjoys that quantity of money enough to not bring it home; it is worth more to the firm abroad, and un-taxed, than at home, and 35% less valuable. If that wasn’t the case, the money would – presumably – be here in the States.

There is the caveat here about the potential for a tax holiday for foreign cash, but given the results of the last election that now appears a remote case. Thus, Microsoft doesn’t view its foreign cash at a 35% discount, or at least its actions don’t indicate as much.

Therefore, we can’t inflate the pain of the fine by any margin to convert the real pain of the EU fine, to what we could call ‘real USD’ except for fun. I’m being loose with the terminology, naturally.

The kicker to all of this is how Microsoft handles its funds. Akin to Apple, it isn’t profligate in the least. Try and get a candy bar at its Redmond campus, for example. Prepare to have cash. You can get a free soda, though. Microsoft doesn’t spend money on things it doesn’t require strategically, and thus Microsoft is willing to pay the fine, but utterly uncontent to do so.

Mims, in his headline, states that “Microsoft probably couldn’t care less that the EU just fined it $732 million.” That isn’t precisely correct. The company is willing to do so, as it is an investment in moving-the-hell-on. The company hasn’t forgotten past antitrust talks that discussed snapping the company into two parts; from that perspective, the fine is kids’ play.

But, Microsoft has been public for far too long to think about money in that way. The inference here is that the fine shouldn’t be discounted as both a painful knock to the company, and an embarrassing situation. It can afford the bill, certainly. But there isn’t any partying in Redmond over getting off easy. Also, investor confidence in the company suffers every time the EU regulators clear their throat in its direction. If this fine is something to be swallowed, what could come next? The EU has enormous strategic and fiduciary power over the company.

Putting that fact into perspective, here’s Reuters on the matter:

The fine, for a browser mistake, could have been well into the billions.

I can’t comment on the merits of Microsoft’s claim of an accident – I’ve heard nothing either way – but I can state that the chance of this happening again is quite low. But we can’t trivialize $731 in foreign cash, or what is effectively $987 billion in patriated US funds.