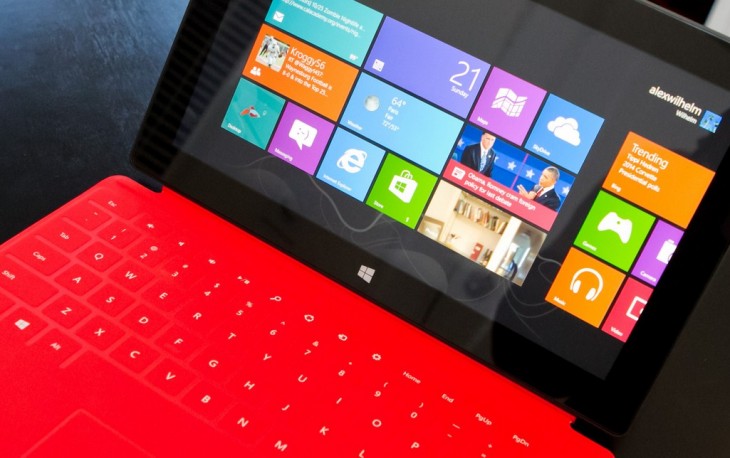 Bouncing around the Microsoft watching community today is a narrative indicating that Microsoft Stores will offer current Surface RT owners a full, retail-price trade in value if they wish to move to a Surface Pro device when it launches. This is incorrect.

TNW has learned that no such trade-in program exists, and that Microsoft Stores are being contacted to ensure that they remain on-message, to prevent further confusion. The 30-day return policy that has been in place before remains as it was.

Popular Surface-watching Twitter account @SurfaceGeeks published pictures of hands-on time with the Surface Pro, which is currently filling retail channels ahead of its launch on February 9th. While at the small ‘pop-up’ store, the person or persons behind the account claim to have been told that they could turn in their Surface RT device for full retail value, and only pay the difference between that, and the cost of the Surface Pro to get the forthcoming device.

Brad Sams of Neowin called several Microsoft stores, and managed to confirm the deal in conversation with a manager. Following, TNW called several stores in California, but was rebuffed. The lack of internal messaging cohesion is a surprise.

The most likely scenario is that select stores misinterpreted the impact of the 30 -day return policy, and over-extrapolated its reach in conversation, confusing the media. Microsoft is likely irked by the apparent loose lips of its stores.

The instant reaction to the news when the rumors began to swirl that it stank of desperation; was Microsoft set on shuffling Surface RT users to the Surface Pro to help bolster sales figures?

The news didn’t feel right, however, as Microsoft is determined to have its Surface tablets break-even at least on a marginal unit basis. Put another way, the implicit subsidy of accepting used devices, but paying full dollar for them made no sense.

Happily, we can stick a fork in this one and move on. It’s not happening.

Update: Microsoft provided TNW with a formal comment on the matter, confirming what we previously reported: “There is no hardware trade-in or upgrade program in our stores at this time.  We are confident people will love the devices they purchase but if there are any issues that arise we have a 14 day in-store return policy and a 30 day online store return policy.”

Read next: BlackBerry airs 'What BlackBerry 10 Can't Do' Super Bowl ad in first bid to woo the US