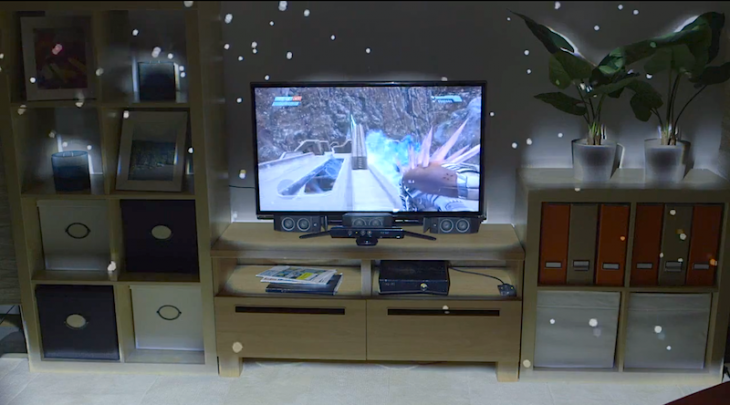 We’ve been fans of the talented folks at Microsoft Research for quite some time, so it’s no surprise that its latest project, the IllumiRoom, has made quite the impression on the Interwebz over the past 24 hours.

Microsoft’s concept, and when we say concept we mean “an incomplete, exploratory work in progress,” literally projects images beyond your TV for an immersive gaming experience. If 3D’s move into consumer TVs has left you snoozing, this is the sort of technology to keep your eye on.

According to Microsoft, this “proof-of-concept” was designed by Brett Jones, Hrvoje Benko, Eyal Ofek and Andy Wilson to “push the boundary of living room immersive entertainment by blending our virtual and physical worlds with projected visualizations.” Impressively, the effects shown in the video above have been “rendered in real time and are captured live” without adding special effects in post.

Now, if IllumiRoom tapped 3D technology, that would be a different story.

Read next: Following quiet launch, Facebook Pages Manager for Android arrives in the US and the UK