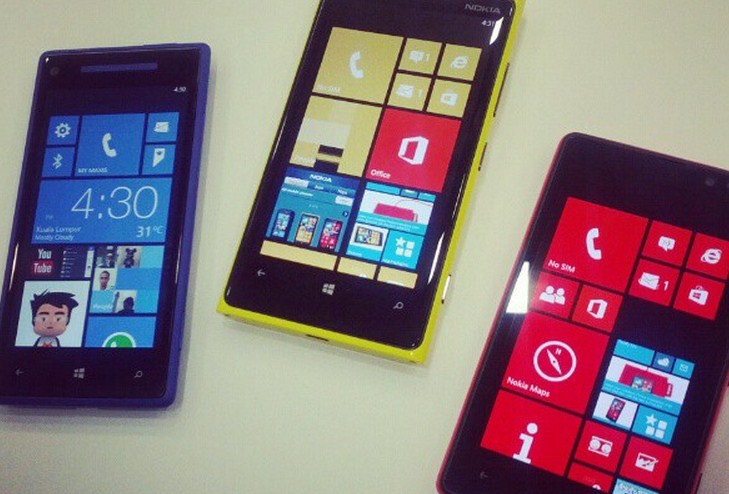 With Windows Phone 8, Microsoft has found a firm foothold in the mobile space, the likes of which it hasn’t had in recent memory.

This is no small feat, given blistering competition from innovative and quality market leaders. Microsoft was late. And yet, from the first taste of Windows Phone, through its 7.1 upgrade issues, Nokia’s entrance, the much awaited 7.5 firmware bump, and most recently the relaunch of the platform as Windows Phone 8 sporting a shared core with Windows itself, the slope for the mobile platform has been inexorably up and to the right.

The grind appears to be over, in the initial sense, for Microsoft however, as its recent mix of new software – Windows Phone 8 itself – new hardware – the Nokia Lumia 920, 820, and the HTC 8X – and new developer tools have come together to propel Windows Phone forward from junior status and into the big leagues.

Several key statistics point to a single conclusion: Windows Phone cannot match iOS or Android in terms of scale, but the platform is no longer a piece of potential, and is instead a full, mature player in the modern smartphone game.

Certainly, that claim requires evidence. There are three elements that we need discuss.

The Windows Phone 8 software development kit has been a hit for Microsoft, demonstrating new, and larger developer interest in the platform. As TNW reported previously, slightly more than a week after the most recent BUILD event, at which the SDK was generally released:

Windows Phone 8′s developer SDK, made available at BUILD, is Microsoft’s most “rapidly downloaded” SDK that the firm has released this year. [I]it has seen twice the number of downloads in the last eight days – PB – that the Windows Phone 7.1 SDK received in its first week and a day of life.

All told, the new tools that Microsoft provided have found wide interest, as the company made it simpler to create applications that can run both on Windows and Windows 8. This means that a key pillar of any mobile platform, developer support, is something that Windows Phone is currently enjoying as never before.

We now turn to hardware. Microsoft claims that its new set of devices – the best yet, in TNW’s view, which we have yet to see any real disagreement with – is selling at four times the rate of last year’s crop. That fact was true as of the very end of November, making it a fresh statistic.

According to Microsoft CEO Steve Ballmer, the new phones are “off to a great start,” and are “getting rave reviews and have initially sold out in many countries.” We have made much progress since the days of the Samsung Focus, in other words.

Critically, HTC has staked claim to a fair chunk of Windows Phone market share, meaning that Nokia has meaningful competition in its selected platform niche. This will only lead to better phones and lower prices, not to mention increased sales.

Now, if we are seeing improved developer interest, and greatly increased sales, that would naturally lead to better app download figures, correct? Let’s take a look.

That fact caps the former two data sets in that it is their natural conclusion. Call it corroboration, if you want.

With rising developer interest, greatly improved sales, and doubled app downloads and revenues, we can graduate Windows Phone from the minors to the majors.

Now what, Microsoft? How about some hard sales numbers? Only Amazon likes to report in ratios.

Read next: Apple finally brings its iTunes Store to Indonesia and India, and 54 other countries