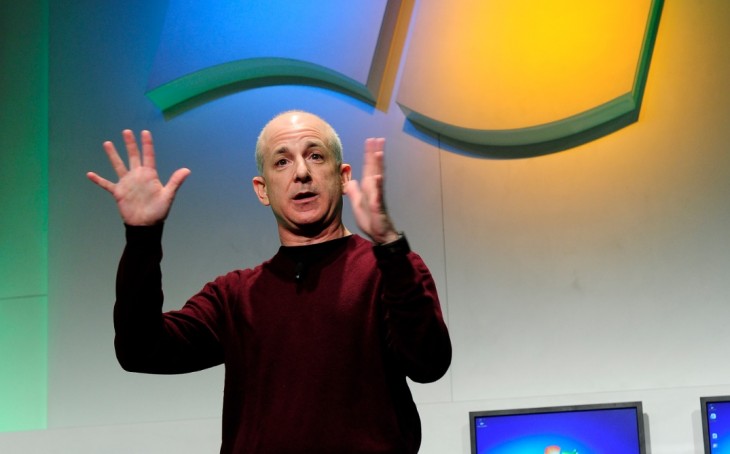 Microsoft’s head of Windows Steven Sinofsky is leaving Microsoft immediately, apparently due to ‘not being a team player’, reports All Things D. The publication’s sources say that Sinofsky was seen as highly talented, but not a ‘team player’.

“I am grateful for the many years of work that Steven has contributed to the company,” Microsoft CEO Steve Ballmer said in an announcement today. “The products and services we have delivered to the market in the past few months mark the launch of a new era at Microsoft…To continue this success it is imperative that we continue to drive alignment across all Microsoft teams, and have more integrated and rapid development cycles for our offerings.”

“It is impossible to count the blessings I have received over my years at Microsoft. I am humbled by the professionalism and generosity of everyone I have had the good fortune to work with at this awesome company,” said Sinofsky in the same statement.

A letter from Ballmer to staff on his departure gives Sinofsky brief credit for his efforts shepherding Windows and other Microsoft products:

Steven Sinofsky has decided to leave the company. Steven joined Microsoft in 1989 as a software development engineer and has contributed to the company in many ways from his work as a technical advisor to Bill Gates, to leading the evolution of the Microsoft Office business, to his direction and successful leadership of Windows and Windows Live as well as Surface. I am grateful for the work that Steven has delivered in his time at our company.

Sinofsky joined the Windows team in 2009, previous to that he had been the head of the Office division.

One can draw immediate, if tenuous, parallels between Sinofsky’s ouster and the heave-ho which Apple’s Scott Forstall just received a couple of weeks ago. Forstall’s departure was also rumored to be due to tensions with other executives at the company and his strong personality.

Sinofsky’s duties, much in the way of Forstall’s, will be divided among two Microsoft executives. Julie Larson-Green will be in charge of engineering and Tami Reller will be taking charge of the business aspects of Windows. Larson-Green has been with Microsoft since 1993 and has worked on teams behind the new Microsoft Office, UI design of Windows 7 and 8, as well as the original Internet Explorer.

Reller has been with the Windows division since 2007 and joined Microsoft in 1984 when they acquired point-of-sale company Great Plains Software.