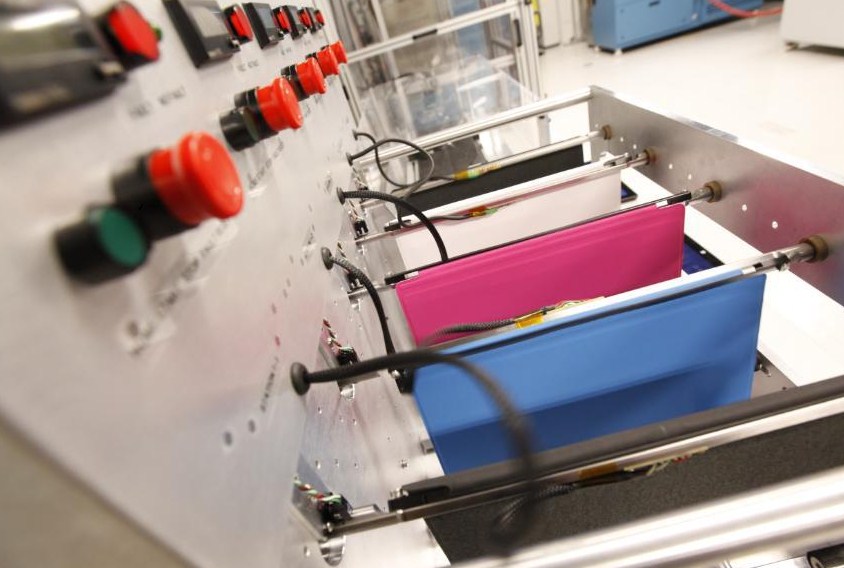 Moments ago TNW shipped its review of the Surface RT tablet. We loved the device itself, but found fault with Windows 8, which lowered the total user experience.

However, enough of that, let’s talk typing. If you are reading this, I will assume that you spend at least 8 hours a day in front of a keyboard. That in mind, how the damn thing feels is no small matter. To the contrary, it’s critical. A keyboard that doesn’t fit can cause long-term damage to your arms. Please never say hello to repetitive stress injuries.

I suspect that your first thought is simple: give me the one most similar to what I use now. Before I explain why you are wrong, let’s enjoy a picture or two.

All Touch Covers arrayed for your pleasure:

A more dramatic angle. Welcome to my apartment, by the way:

Type Cover, close up to accent its keys:

Side by side, Touch v. Type:

The Type getting a bit frisky with the Touch harem:

Now, which is superior? Oddly, the Touch Cover. It wasn’t at first, as moving to the new keyboard is all but confusing. It feels akin to a hybrid soft keyboard and piece of oddly formed cardboard.

However, there is a delicacy to its construction. Microsoft has attuned its software so that laying your hands on it in any natural way does not trigger action; only direct typing is accepted. This means that you will all but never hit a key by accident. You want to type carefully with the Touch Cover, as it just doesn’t feel right to beat it like your normal keyboard.

With some practice, however, it begins to sing along. And, as you are moving from touching your screen to typing on the device, having a similar required pressure input is pleasant – as you touch, you type, and vice versa (ironically whilst typing on the Touch, but I digress).

After extensive use, I found the Touch Cover superior in use and more fulfilling than the Type cover. One small beef with the Touch Cover is that its selecting buttons can be hard to learn, but its neat space bar that lacks a lower edge makes up for that issue.

The Touch Cover can be hard to become accustomed to. However, if the Touch Cover is something that you find odd at the start and love by the second hour, the Type Cover is a crush that falls from favor in even less time.

There is a Bible verse which states that cold water and hot water are palatable, but that lukewarm water is best spat out. That’s the problem with the Type Cover. It’s a keyboard closer to what you use, but the ‘travel’ of the keys is shallow enough that in use you will ‘bottom out’ the buttons enough to annoy. You can learn the Touch Cover in less time than it will take to become annoyed with the Type Cover.

And, frankly, the Touch Cover is futuristic, and beautiful. The Type Cover is neither.

This is the problem with the Touch and Type covers. They cost too much. At $119 for the Touch Cover, and $129 for the Type Cover, they feel steep. Perhaps Microsoft is trying to shove margin into the Covers to boost the overall profitability of the Surface project. Whatever the case, as cases go, they feel expensive.

Microsoft has built a discount into the Touch Cover, however, by bundling it with the Surface for an additional $100, or $20 less than it is as a standalone. That’s a smart move, but at a price point of $50, I suspect that Microsoft would sell a multiple more of the add-ons, and given how much better a Surface is with one than without, it would be, in my humble opinion, worth it.

The real test is a trip to a Microsoft store – pop-up or otherwise – for some hands on time. Just don’t jump to the conclusion that the Type Cover is right for you. Give the Touch time to grow.

Read next: A whole mess of Surface pictures to satiate your every desire and wish