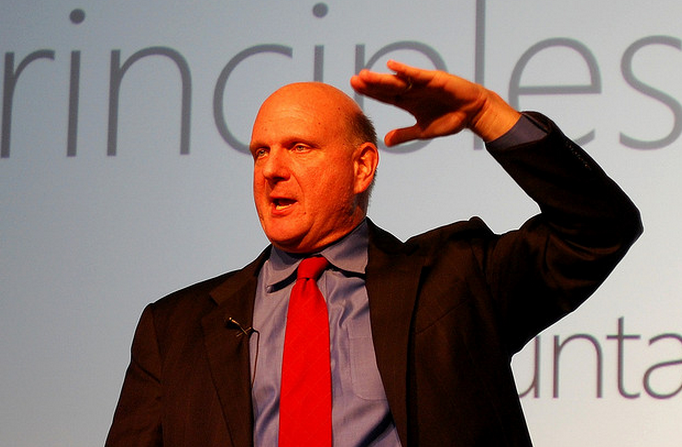 If you intend on taking public transportation in the next few weeks and live in a major city, you might run face first into an ad for the forthcoming Surface tablet device from Microsoft. Or walk on one, depending.

The sharp folks over at NeoWin have collected a number of images of the most recent push by Microsoft to promote the Surface, a key piece of its Windows 8 strategy. TNW has written extensively on the subject of the Surface, and its ad campaign in the past.

What’s important today is the addition of a number of new advertisements – some of which promote the tagline ‘click in’ and show off the Surface’s keyboard – and the sheer number and location of the installations.

Previously, we have seen Surface ads in often out-of-the-way places, stenciled onto the wall of gas station, for example. However, Microsoft is now going after big markets. 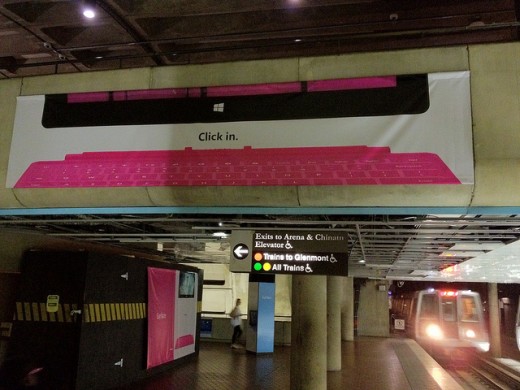 And finally this ad from Boston, which demonstrates how to use the Surface with its keyboard. This, obviously, is where Microsoft got the idea for the ‘click in’ line [source]:

Ads have also popped up in Philadelphia and New York City. Microsoft’s great print-screen howitzer must be working over time.

What to make of all this? Simply that Microsoft is not using the Surface as any sort of design point for its OEM partners – no, the company wants to sell the damn things, and by the looks of it, it intends to hit its internal sales goals. You certainly don’t put this much effort into selling just a few million devices.

TNW has argued this line of reasoning before, so to spare you a rehash, head here for more.

The Surface has an event scheduled for the 25th, and is tipped to go on sale at first minute of October 26th. Microsoft will have a number of ‘pop-up’ stores in action for anyone to visit and pick up a device. Sorry, Asus, Redmond wants to win this one.

PS: If you live in Europe, and see an ad for the Surface, please send it to [email protected] I’ll dispatch one of our editors to your house with beer for a good picture. Top Image Credit: Aanjhan Ranganathan