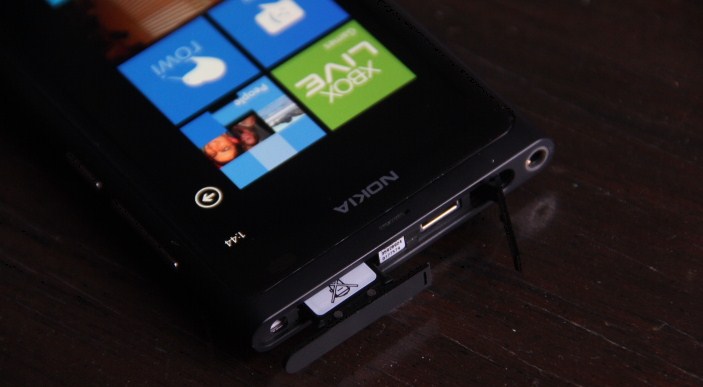 This has been a two-tone week in the world of Microsoft. The shades were as follows: the Surface line of tablets, and Windows Phone 8. Events taking place on Monday and Wednesday took the technology world heavily by the hand and dragged its eyes directly in the direction of the Redmond-based software giant.

Before we delve into the news, be a dear and ensure that you are following TNW Microsoft on both Facebook, and Twitter. With that behind us, let’s jump into the thick of it. We rewind to the very start of the week:

At its LA event Microsoft announced two devices, the Surface RT and the Surface Pro. Both are tablet devices that can ‘snap’ on keyboards, and with their built-in stand become laptops of a sort. The keyboards, which double as a case and have a trackpad, were especially popular.

Both devices were barely allowed to be groped by the public, but the initial reviews were positive. Items such as battery life, price, and complete hardware specifications were not disclosed. It’s left a great host of questions. Now, to the bad news. From a TNW report earlier today:

Late yesterday rumors surfaced that the Surface for Windows RT tablet would be priced at ‘above $599′ and that the beefier Intel-based version would be ‘at least’ $799. The information we’ve received solidifies the $599 mark for the RT model but puts the Ivy Bridge Pro model into the thousand dollar range.

We are not sure if those figures are for the larger or smaller storage-sizes of the machines, but they feel high. A $599 Surface RT has to fight against a $500 iPad of the current edition, and the $399 iPad 2, which remains a very capable machine.

If you want all the details head here. We can’t fit more than that in this space.

Of course, the moment that a major technology company does anything at all, analysts jump from the digital woodwork to make odd statements in hopes of garnering press clippings. It’s funny. From this week, the following: “[A]nalysts need to say things that will drive press. That leads to stories such as the following, from Reuters: “Microsoft’s tablet no threat to iPad: analysts.” Oh dear.”

Essentially, Reuters rounded up a few analysts skeptical about the new Surface devices, picked out a few of their quotes, and added ‘iPad’ to the title. Well done, pageview gods. If you look at each analyst complaint, they end up being essentially fatuous. The full post explains all, but just know this: no one knows enough about the Surface line at all to be making such large predictions.

This week wasn’t all hardware, however. On Wednesday, Microsoft unveiled part of Windows Phone 8. Mostly focusing on the developer-facing components of the code, the company detailed the concept of a shared core with Windows 8, thus allowing apps to be built with reused code. Oh, and native code will be supported. Devs, that was your cue to cheer.

There’s too much to explain in this little roundup we do once a week, so I am forced to fall back on the classic TNW Microsoft Roundup List Group of Bullet Points:

TNW’s first take on the new code: A good start. The lack of an upgrade path from current phones will be a painful moment for the platform, but the potential future rewards do have the potential to outweigh the issues. How consumers react remains to be seen. Then again, millions have been more than willing to endure Android’s fragmentation, so perhaps they won’t even notice.

No, Microsoft isn’t Building a Phone

And we return to analysts. They just love to stick their pen where it doesn’t belong. To wit, an analyst thinks that Microsoft is going to build a phone. Now that it is building its own hardware for the Xbox and the Surface, why not?

Well, a host of reasons. We’re short on space, so to be quick, here are a few reasons: it would harm current, and often tenuous OEM relationships, there is a lack of carrier space to fit a new phone, it would wonk its Nokia connection, and it would dilute the Windows Phone brand in favor of the new handset. So, if Microsoft is smart, they won’t.

It’s been a rough week, make a proper Vladimir Putin, and put those feet up.