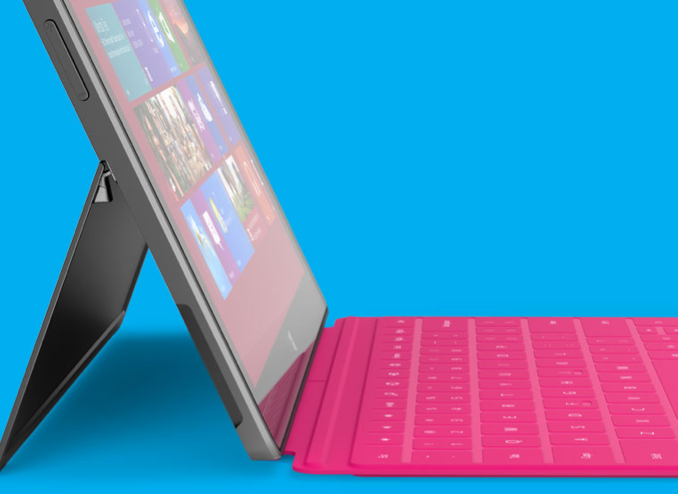 Today at Microsoft’s mysterious event in LA, the company has announced it’s own tablet: Microsoft Surface, which is a decently slick looking tablet that touts a kickstand and an admittedly cool keyboard cover. This is a tablet with the use-case of a laptop. Here are the specs that Microsoft has released:

Balmer himself said that “Windows is the heart and soul of Microsoft,” and followed that up with some impressive stats: there are over “1 billions PCs out there, and that includes embedded machines and workstations.” Later on, Balmer threw a gut punch at OEMs, stating that: “we believe that any intersection between human and machine can be made better when hardware and software are considered together.”

“Much like Windows 1 needed the mouse, we wanted to give Windows 8 it’s own hardware. What is it? It’s something new. Something different. A whole new family of computing devices from Microsoft.

We had previously heard word that Microsoft would reveal a partnership with Bares & Noble in competition against the likes of Amazon, but then news surfaced earlier today that the Nook creator / book retailer isn’t involved in Microsoft’s plans at all.

The atmosphere alone of this event has left mixed impressions on its attendees. This is the first of two events to be held by Microsoft this week, the second of which will be held in San Francisco, and will concern Windows Phone. It’s supposed to be about the future of the phone line. We are reading that to likely be a preview or an early build of Windows Phone 8. We’ll bring you that news as it comes.

Read next: The Microsoft Surface launch: A display of simultaneous winning and failure