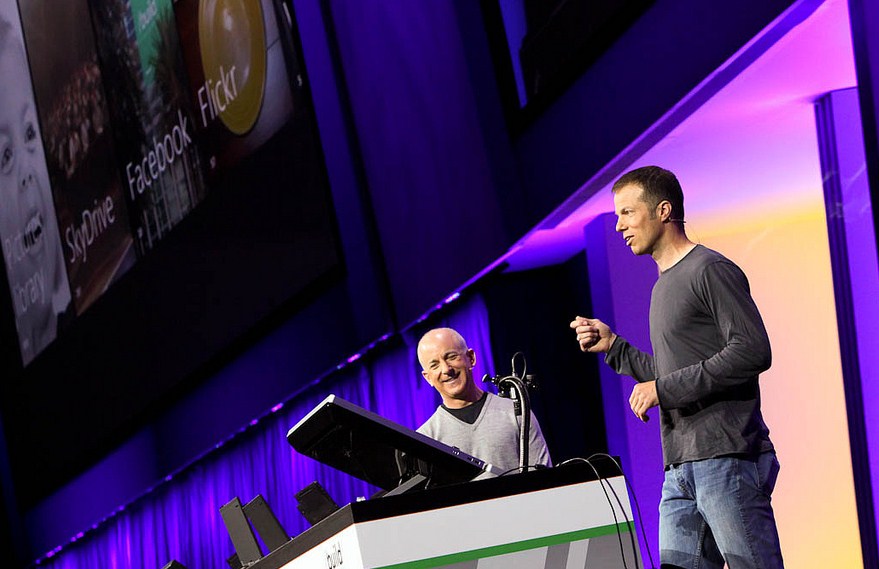 In the Windows 8 Release Preview is an app called Travel. It’s a nice little application, and one that helps to show off why a tablet can be a fun device, with bright pictures and solid touch controls. However, in that app, and quite overlooked, are some 4,300 beautiful 360 degree panoramas from cities around the world, shot by 360Cities.

I just tested this, and, having missed the feature before, was pleasantly surprised at how usable the panoramas are. In a sense, Microsoft appears to be trying to make its tablets to have an immediate, sharable, baked-in ‘wow factor.’ Something like this:

‘Hey there Jim, is that a Windows 8 tablet?’

A this moment, Jim fires up the Travel app and spins Rick around Paris, from the perspective of one of the observation decks on the Eiffel tower.

Shipping the images is therefore a way to ensure that every Windows 8 user has a way to show off their devices, and thus sell the operating system for Microsoft to potential customers, without noticing that they have. And with so many images in total, you can go virtually anywhere you wish. 360Cities told TNW that they anticipate more panoramas will become available in time. In case you don’t have a Windows 8 machine, here’s a clip of the thing in action:

The applications that Microsoft is shipping as part of Windows 8’s core setup are designed, it appears, to be both archetypal of the direction that Microsoft wants to move application design, but also to be shared. They are far too pretty to not be designed to impress.

In other news, something big is going down in Microsoft-land on the 18th.

Read next: TechStars' 10sheet hopes to replace your small business's bookkeeper for $69/month