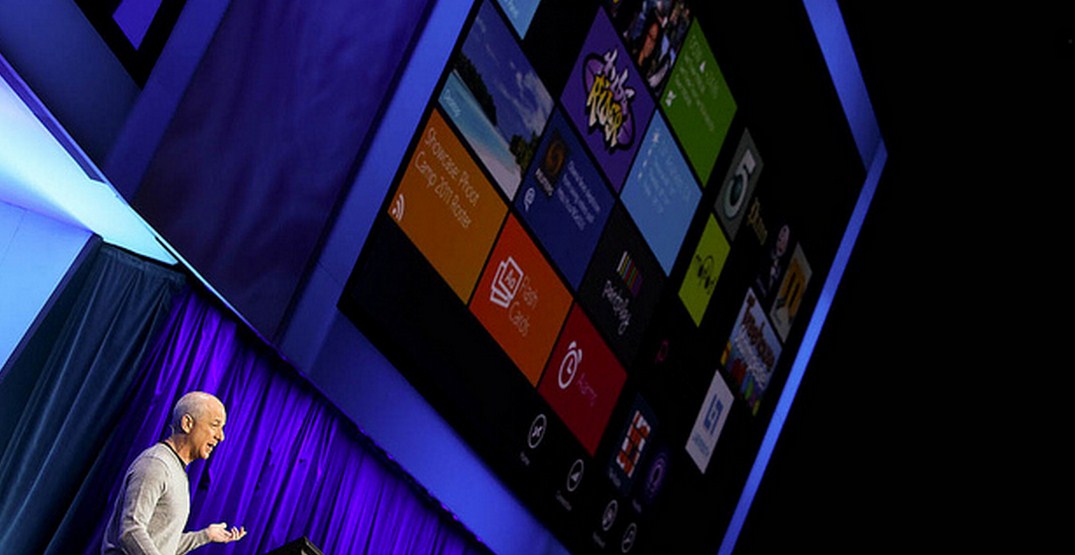 It’s always interesting to watch how a company’s stock price reacts to its product releases and updates. Investors are not always technologically savvy, so they often depend on the larger press organs to divine just what any particular announcement might mean. Analysts, of course, play a role here as well.

However, the more mainstream press (as opposed to us in the digital tech media world) can be a touch slow-moving. This means that, when the news is not perfectly clear, the market’s reaction to certain news can be somewhat muted, even cautious. For fun, take a look at the last two days (of course, Thursday’s data is incomplete as trading continues) of Microsoft’s stock:

Yesterday, Microsoft slowly lost ground, ending down for the day. That occurred despite the Windows 8 Consumer Preview being well received by the ‘real time’ news media (of which TNW is a part). However, come this morning, Microsoft’s stock found a new ‘floor,’ and then lifted up. It’s almost as if a new raft of Windows 8 reviews came in all at once, giving investors confidence in the software.

Well, not exactly. Reviews from the giants (think the largest newspapers and so forth) were in their morning editions, so if they were the cause, it would have happened earlier. So, what happened then? A number of things, as it turns out.

The well-read SeekingAlpha put out two posts today, both boosting Microsoft. Barron’s also shipped a post that was Microsoft positive, noting analyst recommendations out this morning that provided share price targets that are far and above where Microsoft currently trades. There’s more, but that’s a fair taste.

In short, a day after Steven Sinofsky took to the stage, showed off Windows 8’s progress, and the tech world downloaded the code, tested it, and found it workable, the finance world got the memo, sending Microsoft on a heater. Therefore, to say that the market is soft on Windows 8, which it would seem easy to assume given yesterday’s weak performance by Microsoft’s stock, would be to miss the point. It looks to me like that the market simply didn’t know what to think about Windows 8, and so they turned to analyst reports that were a long time coming.

Of course, those analyst reports leaned on media coverage, so in effect, the market price of Microsoft stock could be viewed as a late after-effect of yesterday’s massive batch of Windows 8 coverage that took over the first half of Techmeme. And people say that investors are savvy and quick.

Well, they are, but not about everything, it seems.

Read next: AT&T backs off slightly on its throttling practices, boosts usage cap for the "top 5%"