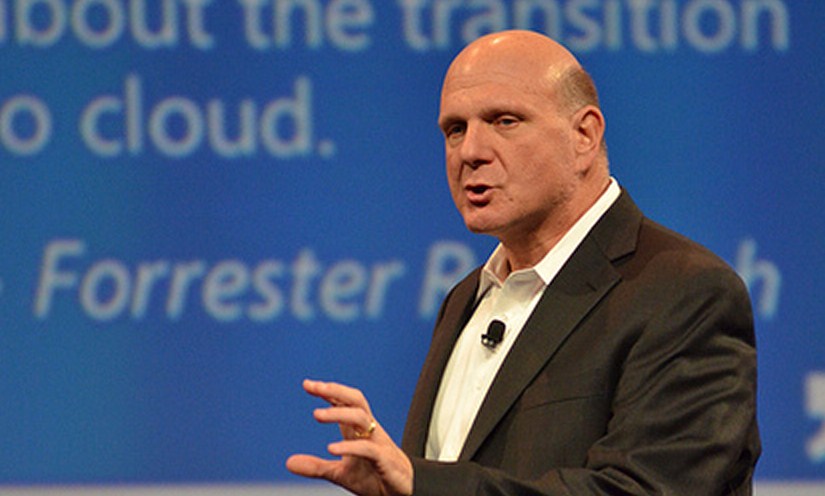 A provocative post on BusinessInsider caught our eye today. As part of its continuing ‘Chart of the Day’ series, the entry put out this afternoon attempts to show that for Microsoft, Office is now the most critical element of its bottom line, and that to call the firm a ‘Windows company’ would be a misnomer.

Given that Windows remains, at least in theory, its flagship product, to call Microsoft by another other moniker is quite the claim to make. We decided to dig into the issue. This post represents our findings. We begin with the chart in question:

From this alone, taken at pure face value, interpreting the red line as ‘Office’ and the blue as ‘Windows,’ it does appear that in the past few quarters, Microsoft’s operating system has become a less critical component of its profits than its productivity suite. However, there is much wrong with such a simple explanation. Please note that we are referring to essentially bottom line numbers here, and not raw revenues.

Very good, but what is the breakdown inside of its revenues? Microsoft doesn’t provide exact figures, but its most recent 10-Q hints:

From this we can see that it is incorrect to simply dub Windows & Windows Live revenues as belonging to Windows itself; we can extend this to to the larger division’s operating income as well. However, there is more. Nestled on pages 31 and 32 of that most recent 10-Q, Microsoft explains why revenues and profits for the Windows & Windows Live division fell in its most recent quarter [condensed by TNW]:

Windows Division revenue reflected relative performance in PC market segments. We estimate that sales of PCs to businesses grew approximately 2% and sales of PCs to consumers declined approximately 6%. Taken together, the total PC market decreased an estimated 2% to 4%, including the impact of supply chain issues from the Thailand floods. Windows Division revenue was also negatively impacted by a reduction in inventory levels within our distribution channels as well as by the effect of higher growth in emerging markets, where average selling prices are lower, relative to developed markets, and by lower recognition of previously deferred Windows XP revenue.

We wrote about these issues here, if you desire further commentary. Here’s the kicker: the larger PC world had a rough quarter, and Microsoft is dumping money in to building Windows 8. Lower revenue and higher expenses led to the dive in operating income you see in the last tick of the chart above. We raise the issue of the last quarter in particular, not because it is the most recent, but as it shows that somewhat hidden factors can lead to large swings in operating income that can misconstrue core strengths and weaknesses.

Now, it could be argued that those are productivity-related applications and services, but they certainly are not all specifically ‘Office.’ Therefore, to ascribe success of the Business Division to the Office suite proper, is to overstep. However, the productivity side of the division is certainly rocking:

There’s a lot in there. We’ll summarize the quarter as follows: Office is doing well in the business sector; Dynamics is growing even more quickly (albeit from a much smaller starting revenue point); Excluding a one time deferral, consumer purchases of Office declined; the division picked up over $130 million in currency luck. Microsoft does note that operating costs rose for the division in the three month period.

There is no doubt that Microsoft’s enterprise productivity solutions are doing exceptionally well. Also, Office 2010 has been a massive hit for the company. This has led to higher profits. However, it is equally true that Microsoft is spending exceptionally heavily on Windows 8, and that the consumer PC market (a huge driver of Windows 7 sales) has lost ground. Therefore, to try and say that Microsoft is now more ‘Office’ than ‘Windows’ isn’t very accurate. It can be said, that from a profit standpoint, the Business Division at Microsoft has, in the short-term, generated more aggregate profit than the Windows & Windows Live division. That is a much smaller claim, but is a truism.

There are myriad other factors that I haven’t touched on, but since I’m racing towards 1,000 words I’ll try and spare you. Here’s the rub: Windows remains foundational for huge tracts of Microsoft’s revenues. Sure, the Xbox, Windows Phone, and Office products (among others) don’t require Windows to run, and so portions of their revenues could be excised from being labeled as ‘Windows dependent.’ However, by way of example, I would be surprised if Office for Mac 2011 made even 10% of the money that Office 2010 earned.

So it’s very difficult to break down what is the crux of Microsoft, except perhaps in terms of percentages that we can’t fully uncover, as the company doesn’t share sufficient date through its SEC filings for us to parse.

Still, to look at a few quarters of operating income and declare a fundamental shift, we think, is a bit much.

Read next: How to keep your inbox empty in two simple steps.