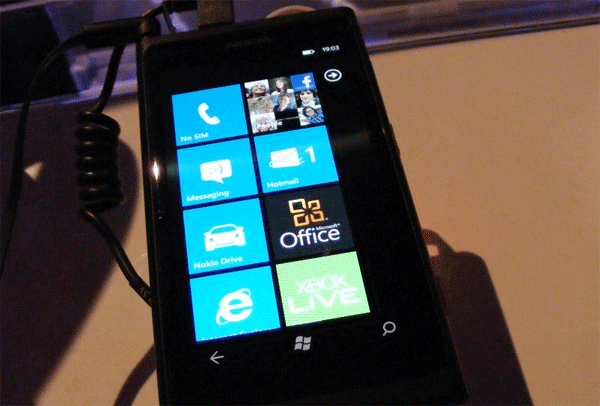 Here at TNW we have been harping, and writing, on the importance of the holiday sales season for Windows Phone for some time, given that we view it as the chance for the mobile platform to turn around its fortunes and begin what could be a comeback; Windows Phone has been generally well received, but it has failed to capture the wallets of consumers, or their mindshare.

New data from comScore paints a somewhat bleak picture of Microsoft’s performance through November however, the month at which we had anticipated a rise in Windows Phone market share due to new handsets and market pushes coming online, not to mention the Mango update being fully launched. We got it wrong: Microsoft shed another 0.5% market share. That puts it, again according to comScore, at just above 5%.

However, it is important to keep in mind that as Windows Phone tries to expand its total market share, the pie itself is growing; the iPhone, for example, continues to set records. Therefore, Windows Phone could be experiencing expanding sales, but declining market share. As you can easily deduce, this puts any potential sales growth in a very small grotto, as any large expansion of sales would have ticked its market share figures in the right direction.

At best we can say that Windows Phone hasn’t run completely out of gas, at least through November, and at worst that the phone line might have set itself up for a second underperforming holiday sales cycle. Microsoft’s Windows Phone plans are known for the next year, and it’s more than probably that a full two years have been mapped; Windows Phone is in no danger of going away. The question is what Microsoft will try next to boost its sales. How many of those ideas does the company have left?

Read next: Newark NJ mayor Cory Booker takes to the web with a get fit challenge