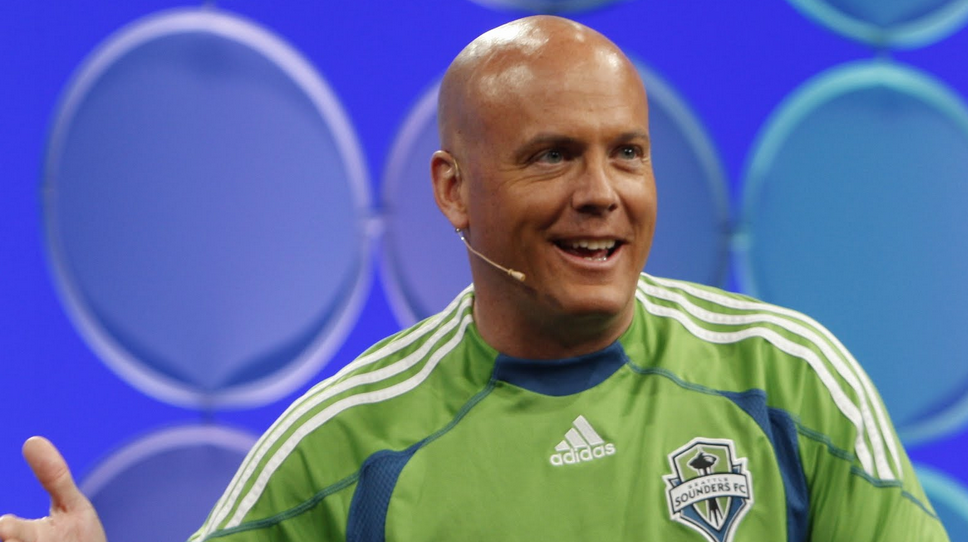 In a move that is still being digested by those both outside, and inside of Microsoft, Charlie Kindel, general manager of the developer side of the Windows Phone project, has quit.

He is leaving to start a new company, one that, he assured the world in his farewell email, everyone will hear about eventually. While his departure does not put the Windows Phone project into doubt, it simply cannot be taken as a good sign. Kindel, though, remains a fan of the project:

To the Windows Phone team: I may stop using some Microsoft products now that I’m out of here. But not Windows Phone. The BEST product Microsoft has ever built. Do not let up!

Kindel’s new company will revolve around “advertising, mobile, social-networking, and, of course, the cloud.”

Microsoft’s statement came by way of a comment by Terry Myerson, a vice president at the company: “I thank Charlie for his passion, energy and countless contributions to Microsoft and Windows Phone. We wish him well in his next endeavor.”

Below is the full email sent by Kindel:

From: Charlie Kindel
Sent: Monday, August 08, 2011 9:00 AM
To: A gazillion old friends and colleagues
Subject: Goodbye Microsoft – After 21 Years It’s Time To Move On

In the time honored tradition of “good-bye mails” this is mine.

My first Microsoft product was a Z-80 Softcard for my Apple ][+ in 1984. That amazing product enabled me to become a UCSD P-System, CP/M, and Turbo Pascal geek. I still remember opening the big clear plastic box for the first time.

In 1988 (my junior year at the University of Arizona) I decided I wanted to work for Microsoft when I discovered Windows programming (I conned my dad into buying me a copy of the Windows 2 SDK). Charles Petzold was my hero.

I got no-hired after my first interviews (a dev role in Languages; shouldn’t really surprise anyone).

I bribed my recruiter into getting me another set of interviews by sending her a Christmas card (clearly I was meant to be a PM).

The brightest memory I have of my first day at work was a Seattle Times sports page pinned to my manager’s (Ridge Ostling) cube: “Husky Women Beat Beavers”.

A few months later we threatened to quit because management kept turning the lights ON in Lincoln Plaza.

Arne Josefsberg: I feel bad about writing that tool that generated fake time tracking reports. But what did you expect? We were providing the best damn developer support possible and the number of minutes we spent doing it was totally irrelevant.

Curtis Palmer: I miss you. Our Bogus Software was the best. RIP.

Tunneling Todd Laney, one day I got so pissed that the Windows 8514a driver didn’t support “smallfonts” that I just fixed it and checked it in. I was still in PSS. My first “production code” at Microsoft and if you don’t count OLEView which was just a tool, my last.

I decided I wanted to be Chris Guzak. So I got out of PSS and into Developer Relations. I know, it doesn’t make sense to me either.

After writing OLEView I woke up and I was no longer an evangelist but a PM on the OLE team. Initially I was given all the glamorous stuff like Mac OLE. Mario Goertzel scared the crap out of me. It was 3 months before he and the other devs would invite me to lunch.

I got to work with Bob Atkinson. He taught me the trick of taking people on walks during 1:1s. He also taught me everything I know.

We gave all PDC ’93 attendees a CD with the first DCOM bits. ole.h was missing. One (one!) customer noticed. We thought DCOM was hot-sh**. It wasn’t.

The first name for COM+ was COM3. Windows used to let you create directories named COM3. But you couldn’t delete them. The real reason I’m leaving Microsoft? COM is making a comeback.

Sweeper and December 7, 1995 were epic. How the name “ActiveX” was chosen was not.

Shipping IE 3.0 was my first taste of what it really meant to build a product that changed the world. I would have never joined the Windows Phone team if I had not had that prior experience of an impossible, come-from-behind, project.

Somewhere along the line I learned the word “mentor”. Bob Muglia and Chris Jones: Thank you. I learned everything I know from you.

In 1998 a bunch of us from the IIS team were in Paris for some conference. We went out to dinner and when we came out of the restaurant there was a literal riot going on around the Arc de Triomphe. France had won the world cup. We joined in. I rode around the Arc de Triomphe on the roof of a city bus chanting Viva-La-France! Microsoft enabled me to see the world and I’m grateful for that.

Someday we’re going to have a Project42 reunion party. Or not.

Tracy Sharpe once worked for me. One day his office was cleared out. I asked HR “Where’s Tracy?” “Oh, he moved to the Xbox team weeks ago.” Oh, that’s how that works.

Chris & David: “Charlie, shut the eff up and get back to work.”

Working on Windows Millennium is where I met Dave Alles.

The Connected Home Business Unit had this guy who drove a black Hummer. One day we put a “Yes, my penis is small” bumper sticker on it. Sorry about that Kevin Eagan.

Bedrock and the bBox demonstrated that a group could have all the technology and a great user experience and still not know how to spell “business”. BXT folks. BXT!

When I think about my time as BobMu’s TA I’m reminded of the scene in Blade Runner, where Roy says “I’ve seen things you people could only imagine.” Did I mention that I learned everything I know from Bob Muglia?

You know why Quattro was named Quattro? My fourth attempt at building a home server product at Microsoft. Best. Team. Ever.

I’ve had some great managers (and some not so great ones). Chris Phillips the best manager I ever had. I learned everything I know from Chris.

Yamanote! Istvan, Friedbert, Bob, Drew, Tudor, Kevin, Akhil, Ron, Scott, and a slew of others: They doubted, but we fraking did it. Together. 27,000 apps and counting. Someone once gave me the advice “The first rule of dependency management is to not have any dependencies.” I call BS on this and we proved that cross-group collaboration CAN work at Microsoft.

To the Windows Phone team: I may stop using some Microsoft products now that I’m out of here. But not Windows Phone. The BEST product Microsoft has ever built. Do not let up!

To my wife: Thank you for putting up with “Microsoft Time” (“Honey, I’ll be home in an hour.” Four hours later…). I’ve learned everything I know from Julie Kindel.

To my kids: No, just because I don’t work at Microsoft anymore you many not use Google. Remember, every time you use Google, a puppy dies.

Back in 1990 I assumed I’d work here for 3 or so years. I’m an entrepreneur at heart and every few years I’d lift up my head and look around. I never had the need to look outside Microsoft because I kept finding one challenging opportunity after another.

21 years later I have finally decided I need to do something different: I’m leaving to start a new company here in the Seattle area. I’m sure you’ll hear about it.

There has been one constant in every job I’ve had at Microsoft: People way smarter than me. Microsoft has always enabled me to “play up”. It has truly been an honor working with all of you. Thank you for helping me grow as an engineer, a manager, a businessman, and as a person.

Stay in touch and keep changing the world!