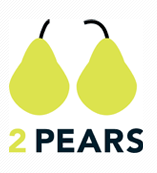 Despite killing off the Zune HD line (effectively) and telling people to buy Windows Phones instead, Microsoft today released a spate of new applications for its old music player line.

Why would it do that? We have no idea. Oddly, the company is already planning to port Zune HD apps to Windows Phone (again, why?), so whatever it releases now will entail more work later.

Just so we can get it out of the way, these are the apps that Microsoft put out:

This is the lay of the Zune land: Zune is Microsoft’s music (and often video) strategy for all its platforms, including the PC, mobile, and Xbox. It’s the music ‘layer’ that the company has built. Here at TNWmicrosoft we like it.

Also, as Windows Phone devices must use Zune to sync and so forth, the Zune brand is in effect being juiced at the same speed that WP7 grows. It is likely more popular now (due mostly to that infusion) than ever before, from a brand perspective.

However, the Zune HD (you can still buy them, probably until stock runs out) simply doesn’t fit into the Microsoft empire anymore. Its apps are not part of the Marketplace, which is why this release from Microsoft is so odd: Why continue to develop for a dead platform? And yet, they did.

If you know what is up, let us know.