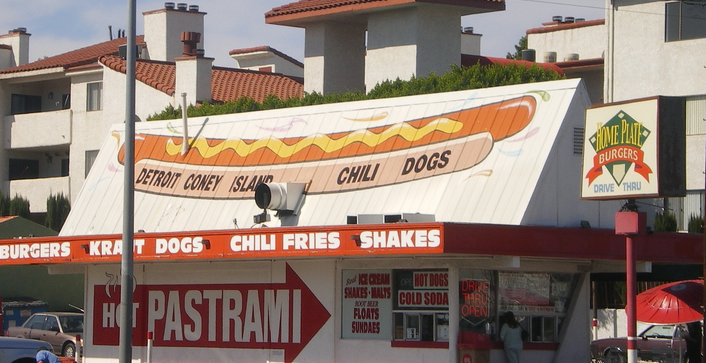 Microsoft is not a company that has been known for a particularly sharp sense of humor, at least in recent years. Yes, occasionally the company and comedy have been aligned, but Microsoft makes too much money off the enterprise sector to be wonky.

But that doesn’t mean that in the company’s past things were not a bit more fun. The image below is of the ‘Hot Dog Stand’ theme for Windows 3.1 As you can tell, it is roughly the ugliest, most abhorrent, most terrifying pile of mismatchery that we have ever had the misfortune to behold:

The excellent CodingHorror blog brought the image, and the memories, to our attention. Its post (from 2005!) on the matter contains one of the best comments that we have read on a post in some time, from user ‘Jeremy:’

At my previous employer it is your duty to “Hot Dog Stand” someone else’s machine if they leave it unlocked at a client site.

That is utterly brilliant.

Now, why did we mention humor at the start of this post? Because it appears, and we hope that we are right, that this theme is a joke by Microsoft. Why? Because it is simply the worst theme of all time. Thus our only explanation is that several Microsoft employees got drunk one night and had a competition as to who could come up with the worst possible theme color scheme. And Hot Dog Stand won. And thus it was included in the operating system.

Read next: What does Google+ mean for your social media policy?