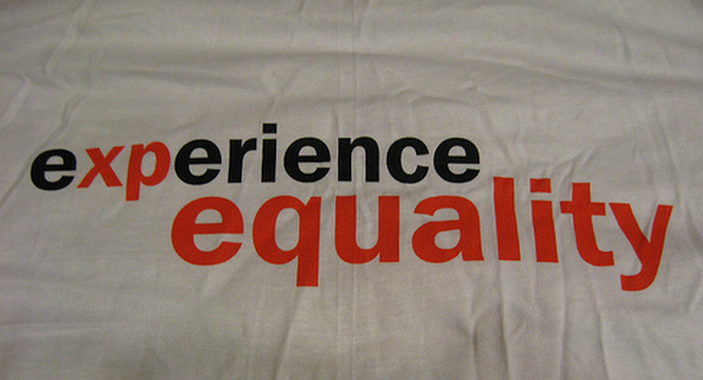 Microsoft has sent a letter to US Senator Patrick Leahy to express its support for the ‘Uniting American Families Act,’ H.R. 1537.

In its letter Microsoft expresses support for the bill’s provision to provide immigration benefits for same-sex couples. The company supports the bill for both personnel and business reasons.

In regards to the potential personnel conflicts that arise from the current exclusion of same-sex couples from receiving immigration benefits, Microsoft said the following:

As an innovation leader, our most critical asset is the brainpower of the people in our workforce. Our human talent is the key to Microsoft’s ability to generate new ideas and new products, and to create new U.S. jobs, and we place top emphasis on attracting and keeping the best and brightest.

Today’s immigration laws create a particularly serious barrier to this goal by failing to provide immigration benefits to the same-sex permanent partners of U.S. citizens and lawful permanent residents. This barrier imposes tremendous hardships on a significant number of talented employees and recruits who, along with their foreign national partner or spouse, are forced to choose between: abandoning successful careers and established lives in the U.S. and moving to a country where they may remain together; living indefinitely in separate countries; or, separating permanently.

But the company also outlined what it views as costs to both its capability to operate profitably, and the competitiveness of the United States, as incurred by current policy:

This barrier also imposes an economic burden on Microsoft and other U.S. employers by impacting the productivity of key employees and creating substantial costs as we transfer employees to subsidiaries in other countries, where possible, to mitigate this hardship. More importantly, we are faced with the reality of losing some of our best employees as they deal with this challenge.

Microsoft goes on to name a number of countries, including the UK and France, that have enacted similar laws. This, Microsoft implies, makes America a less attractive for workers, and companies looking to hire. The company calls the United State’s current restriction of immigration benefits to only couples of differing genders to be ‘outdated.’

The Uniting American Families act, while enjoying 21 co-sponsors, is currently somewhat stuck in the United States Senate Committee on the Judiciary. Sentator Leahy, to whom Microsoft addressed their letter of support, is the chairman of that committee.

While the bill does have significant support, several groups do oppose it including the United States Conference of Catholic Bishops and the National Hispanic Christian Leadership Conference, groups that Microsoft risks angering by its open, and enthusiastic support of the bill.

Senator Leahy responded as follows, according to MicrosoftAddict:

I welcome Microsoft’s support for the Uniting American Families Act.  A core tenet of our immigration policy is preserving family unity.  Yet our immigration laws discriminate against American citizens who wish to be with their loved ones.  Innovation leaders like Microsoft depend on the strength of their workforce as they keep America on the cutting edge in the global marketplace.  Forcing Americans to choose between their families and leaving the jobs and the country they love is unfair, and ultimately hurts the American economy.  I applaud Microsoft for its support.

Whether Microsoft’s call for the bill’s passage will have any effect remains to be seen.

The featured image in this post is a picture of a t-shirt previously worn by Microsoft GLEAM, the company’s “Gay, Lesbian, Bisexual and Transgender Employees at Microsoft” group.

Read next: FontFonter lets you try out 40 different fonts live on any website