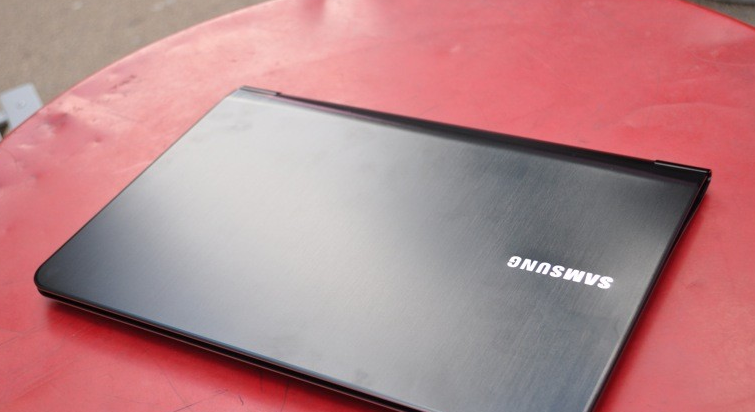 It’s repeated so often that it has become almost gospel, that computers running OS X are far-and-away prettier than any computer running Windows. In fact, if you ask many non-savvy Mac users, students especially, why they picked a Mac over a PC, the answer second only to “it’s what everyone else has and my parents picked it out for me,” is “I liked the way that it looked.”

Windows. The name alone is enough to conjure up visions of the enterprise, dark suits, and rows of Dell boxes plugged into rectangular 19″ monitors. It is not a sexy sight, to say the least.

As a long time Dell customer I, for quite some time thought that there was truly little to be found in the way of beautiful hardware in the world of PCs, aside from home-built gaming machines. And trips to Best Buy and Frys always seemed to confirm this. If you head to your local Office Max, for example, the PCs on display are cheap bits of nasty plastic covered with enough stickers that it is almost surprising that there is no sticker included to tout the number of stickers the case can support.

Most computers running Windows, and especially most laptops running Windows, are ugly. However, as I have recently learned, there is a new stiff undercurrent of beautiful PCs that are sadly hidden from the view of the market. In fact, over the past year some manufacturers have begun to build PCs that not only rival Apple’s industrial design, but supersede it.

Bold words, no? Everyone knows how amazing the current set of Apple machines are; each member of the Mac family is individually beautiful. But the PC world seems to finally be waking from a two decade slumber of ugly, and I have proof sitting on my desk.

Macbooks, Macbook Pros, and Mackbook Airs all share a similar, and imitable trait: construction that is slender yet sturdy. We could discuss unibody structure, but it is a means and not an end, so let’s keep the focus on the element of being thin and strong.

This is almost the holy grail in laptop design: to cram all vital computer parts into a small package that feels like it is unbendable. In fact, credit must be given to Apple for its first generation Macbook Air, a computer that truly caused a paradigm shift in thinking about how a laptop could be built.

Let’s take a look at the current generation Macbook Air, just for reference:

As a short aside, we will be using Engadget images in this post, because they are of far higher quality than what I can personally take. All image credits are at the bottom of the post.

But as the introduction of the Macbook Air is the past, what is going on now? I mentioned just moments ago that on my desk I have a computer that could be seen as a device that marks the end of stodgy PC design, and I meant it. I am (for the next week or so), in possession of a Samsung Series Nine laptop, and it has been an eye opening experience.

Over the last week or so, using the laptop has generated the same response roughly two dozen times: I pull it out, and people stop what they are doing, come over and ogle it, pick it up, praise it, and then ask me if it runs OS X. No, I reply, it’s a Windows machine. Then they look confused. In fact, this happened with a friend of mine who was, at the moment in which his eyes befell the device, typing on his brand new 13″ Macbook Air. “Alex,” he said, “I think your computer is better looking then my [Macbook] Air.” I almost spit up my cocktail.

As a longtime PC user, I can report that this type of response has never happened to me before. Well, it did with my first generation Zune, but that actually generated the opposite reaction. Fun times.

What makes the Series Nine special? Samsung decided that instead of trying to build a cheap computer, they were going to build something amazing. Four cores, an SSD, and eight gigabytes of RAM later, all wrapped into a package that is nearly the exact same size as the current Macbook Air, and the Series Nine is a workhorse in a high-fashion model’s body; the thing is amazing.

There are other examples of thin yet powerful PCs that have come out in recent months, including the Dell Adomo and the Sony Vaio X, but the Series Nine is in a class of its own.

Apple has shown the world that there is a massive upper class of computer puchasers who do not mind paying top dollar for a better machine. For so long in the Windows running PC market, it has seemed that most manufacturers competed only on price, cutting every corner in sight just to attract the bargain customer that was assumed to comprise the vast majority of the market.

Well, Apple demonstrated that the thick upper crust of high-end computer seekers can be targeted, and that doing so is in fact massively profitable. Enter the latest crop of PCs that, actually, do not suck. Now desktop design is still pretty dull from both Apple and everyone else, but there are signs in the market that more care is being taken. I could dig into that, but to be frank it would bore you.

And yet, I can’t resist. Behold the Big O from Origin:

That summarizes where we are today, that the big OEMs are starting to build solid, expensive, excellent computers that turn heads, and allow Windows 7 to shed its ugly frump and put on something chic for walks outside. But what is coming next is even more exciting.

Windows 8 is set to be the first version of Windows built that has a strong focus on touch enabled computing. If what we keep hearing out of the Windows 8 rumor mill is true, the OS should be a paradigm shift for the Windows brand. This of course will demand a new set of computers to run the OS, and that means we should see a new round of high-end laptops.

In effect, Windows laptop design has just caught up with Apple’s hardware, after lagging behind and making no effort to catch up for a decade. However, with Windows 8 already peeking its head out from around the corner we are about to turn the page and walk into the future. So, while at long last we Windows users have hit parity with OS X laptops, we are about to be revolutionized, whether we like it or not.

While the Series Nine is out Air-ing the Air, there is a whiff of insanity running around the market, and it’s called the Iconia. Yes, the Acer Iconia, the two screened laptop that is all gussied up, but has no OS to run. It’s oddly attractive:

The problem with the Iconia, which we reviewed here, is that while its hardware is damn impressive, and actually manages to make typing on a screen easier than on an iPad laid flat, there is no version of Windows that can handle two touch screens. Windows 7 is simply not built for that. To quote the Times of India on the matter:

Making good use of two screens is hard and places a lot of demands on the software.

It has to give predictable answers to questions like: If you click on something, where does it open? Which screen should I be looking at right now? How can I move content or windows between the screens? The Iconia doesn’t have those answers.

And it is this exact reason why Windows 8 matters: it should be able to support two screened laptops and other bits of technical magic that really turn a laptop from a commodity into a piece of art. The Iconia, which is in fact a decent machine, and only costs $1200 despite being so odd, yearns for software to run that can do it proud. Right now the Iconia is too ahead of the times to be of any use. But it is a window into what can come.

If you combine the grace of the Samsung Series Nine, the innovation of the Iconia, and the touch power coming in Windows 8, it seems that at long last, the guy typing on the Mac at your local Starbucks will soon no longer have the coolest machine on the couches.

Read next: Joseph Robert Lewis: With Digital Publishing, There's Room for Everyone