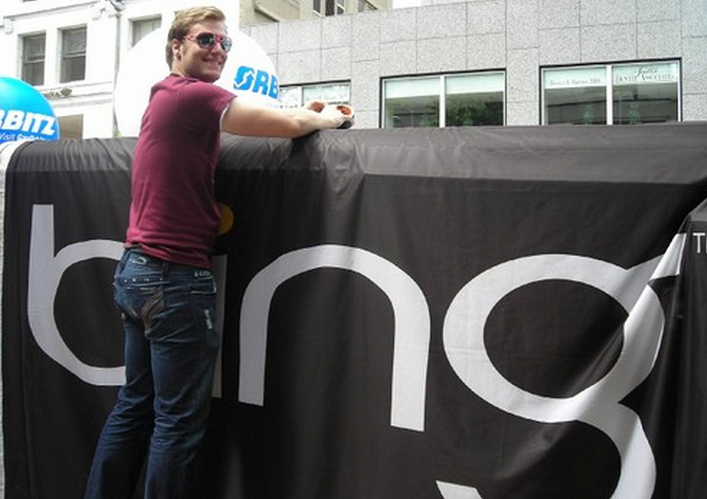 In a bid to boost the appeal of Bing to users of every stripe, Microsoft has moved the popular Bing Rewards program out of its walled garden and into its homepage on every modern browser in the US.

The move follows what Microsoft claims to be repeated calls to loose the Rewards program from the Bing Toolbar and Internet Explorer. This will allow users to earn credits in the service while merely logged in, and not just on their home computer:

By expanding the ways to participate in Bing Rewards new members are no longer limited to using IE and the Bing Bar. Existing members can now sign in to Bing to continue earning credits when they are on a computer without the Bing Bar installed.

This is what the new in-homepage Rewards interface looks like:

Bing Rewards allows users to earn credits which are then redeemable for goods and other products. It is a tool that Bing currently employs to aggressively expand its market share. In the future, digital subscriptions will be prizes that users can earn with Bing Rewards, including the Zune Pass.

TNWmicrosoft is not convinced as to how effective Bing Rewards is at attracting an audience for Bing, but so long as Microsoft does not mind shipping money to the search engine by the truckload, we doubt that anyone is fretting about the cost, especially as this new expansion will surely grow its use and expense.

Bing’s market share in the United States has been expanding in recent months, actually taking search share from Google. Microsoft seems determined to keep up that momentum at any cost.

Read next: Grove Made's Bamboo Case for iPad 2 is Delicious