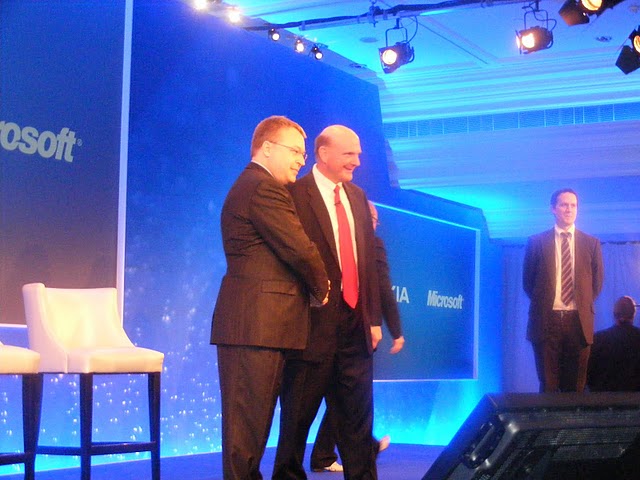 Nokia and Microsoft have today signed a definitive agreement, officially recognising that the Finnish mobile manufacturer will make the Windows Phone platform the primary operating system for its smartphone devices.

The announcement, which was initially announced in February, noted that the deal was signed ahead of schedule, ensures that both companies will contribute to the development of the new ecosystem but also highlighted that Nokia and Microsoft had already made “significant progess” on the development of the first Nokia products incorporating the Windows Phone platform.

Nokia is reportedly already porting key applications and service to the Windows Phone platform and is actively engaging third-party app developers to ensure its handsets launch with a wide array of applications and associated services.

The deal will focus on four areas, including the porting of Nokia’s mapping, navigation and location services to the Windows Phone operating system, with Microsoft ensuring its Bing search engine is present on Nokia devices. Combined, the companies hope that it will enable “better monetization of Nokia’s navigation assets” and bring in “new forms of advertising revenue”.

Nokia will also open an own-brand (possibly Ovi) application store that leverages the Windows Marketplace infrastructure. The partnership will ensure Nokia benefits over rival Windows Phone OEMs as it can launch its own store.

As a result of the deal, Nokia will pay Microsoft royalties for the Windows Phone platform, starting only when the Finnish company launches its first Windows Phone devices. Microsoft has also agreed to make payments to Nokia “measured in the billions of dollars” for services but also intellectual property royalties.

With the deal signed, Nokia and Microsoft will engage with operators and developers to showcase new devices and the unique Windows Phone platform they are building. It is suggested that the first volume shipments will start early 2012, with it rumoured that Nokia will launch four new devices initially, growing to twelve over the course of the year.