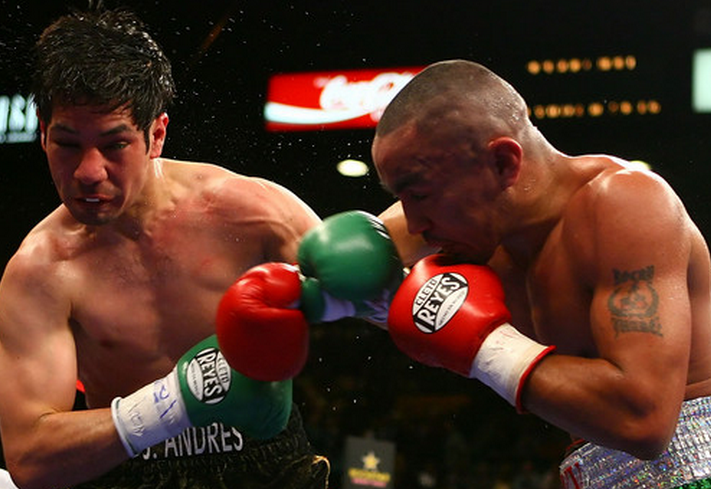 The search market is so valuable that the battle for control over just a percent of market share is a titanic struggle. The search wars heated up this week when Google called out Bing for copying its results.

Bing did not enjoy the allegations and has been fighting back tooth and nail to fend off negative press and assure the world that its work is its own.

Before we delve deeper into the topic it should be noted that no one outside of the world of technology knows about this or cares. This is our storm in a teacup. It’s important to keep that in mind. Unless Google wants to sue Bing, and it does not, as that would without doubt cause a patent war between Microsoft and Google, this is mostly peeved rhetoric. That aside, it’s still damn important rhetoric.

Google’s first claims came from a corporate blog post and a lengthy post of similar content on SearchEngineLand. Both covered an operation (almost a sting) that Google ran that showed Bing eventually producing the same results as Google after a set period of time.

Google set up an experiment that created artificial results for sham queries, and then used computers with Internet Explorer 8 and the Bing toolbar to execute those searches on Google. The nonsense results that Google had manufactured eventually showed up on Bing.

Bingo, Google thought, busted. We made stuff up and caught Bing copying it. From a comment to TNW, this was Google’s first position:

Our testing has concluded that Bing is copying Google web search results, and Microsoft doesn’t deny this.

At Google we strongly believe in innovation and are proud of our search quality. We look forward to competing with genuinely new search algorithms out there, from Bing and others—algorithms built on core innovation, and not on recycled search results copied from a competitor.

In short, Google set a honey pot, and caught Bing doing what it had anticipated: using Google results to influence Bing results. In Google’s eyes, that was copying. Bing did not agree.

Bing’s response to the allegations was blunt: “We do not copy results from any of our competitors. Period. Full stop.”

Given how seemingly damning the evidence was from Google, what defense could Bing summon? According to the Microsoft search engine, the company uses an opt-in feature of IE8 and the Bing toolbar to track users and learn from them. That data is then synthesized and compiled into Bing results.

This would include, presumably, word and site correlations, click patterns, new terms, and the like. Recall that Google searched for the honey pot terms using Google on computers that Bing was monitoring through its normal methods. So, Bing picked up on what the users were doing, fed the data into Bing, and viola, the false Google terms end up on Bing.

Bing claims that everyone does this, something that Google’s Matt Cutts did not accept in a debate on the matter. He said, and I condense, that Google makes sure that it is very plain to its users when they select certain options that enable tracking exactly what they are doing. He accused Bing of not being forthright enough with that fact.

To summarize Bing’s position, this from their last blog post:

We do look at anonymous click stream [Wikipedia definition: “A Clickstream is the recording of what a computer user clicks on while Web browsing or using another software application”] data as one of more than a thousand inputs into our ranking algorithm. We learn from our customers as they traverse the web, a common practice in helping to improve a wide array of online services.

What This All Boils Down To

There are more opinions on this matter than there are users of Office it seems, but most of them are annoyingly partisan. Let’s put this in the simplest possible terms: is it ethical for Bing to use anonymous click stream data from IE8 and Bing toolbar users when they are on Google, as they would on other sites, to establish relationships and accrete data to use in Bing results?

It seems doubtful that anyone, especially people from Google, would ever ask Bing to stop using click stream data completely; Google uses it as well. The question is merely if Bing should turn a blind eye when users it is watching hit Google. Then again, what about site search that Google powers? Would that be ethical to watch? Google is not just to be found at Google.com.

So then, what might Bing do? Google’s Matt Cutts has this in mind:

If clicks on Google really account for only 1/1000th (or some other trivial fraction) of Microsoft’s relevancy, why not just stop using those clicks and reduce the negative coverage and perception of this? And if Microsoft is unwilling to stop incorporating Google’s clicks in Bing’s rankings, doesn’t that argue that Google’s clicks account for much more than 1/1000th of Bing’s rankings?

But as we just noted, how do you fully cut Google, a strong weave in the fabric of the internet, out of your vision? Facebook is perhaps more pervasively ingrained into the day-to-day-web, but Google has a strong presence in all corners.

I asked Microsoft for comment on Matt’s post, which came out today, and was told that the company is not responding to specific blog posts, and is allowing their previous words to stand.

Bing is not directly copying Google results, it has to be said. What it is doing is leaning on click stream data that is built off of user interactions with Google that it feeds into algorithms that produce Bing. Is that unethical?

I can’t call this one 100% either way because there are unanswered questions that have important implications. It seems that if we condemn Bing for using all data that it possibly can to build its engine, we are setting a restrictive precedent on the future of search, and of public data becoming proprietary to some people (competitors), and not others (day-to-day users). At the same time, Bing leaning on Google even 1% feels like a crutch that, assuming that Bing is as good as Microsoft tells us it is, the search engine does not need.

Sound off in the comments. This is an important issue.