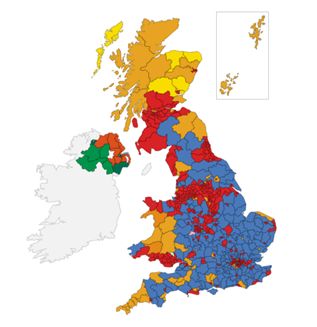 Bing is not taking the latest verbal salvo from Google in the search war sitting down, but has instead released yet another post to swing right back with a haymaker.

If you recall, Google is calling down Bing on copying Google results, something that Bing has vehemently denied. The latest Bing post is called “Setting the record straight,” and does not mince its words.

We are going to paste the text of the post below with the most important points bolded for anyone who just wants to skim the post. If you want just the gist: Bing states emphatically that they do not steal results, at all, ever. It seems that the positions of the Microsoft Bing business unit and Google are hardening to the point where legal action seems to be the next recourse.

Without further ado, we present Bing:

I was unable to attend the Farsight conference yesterday but watched events unfold online and wanted to take a moment to share some thoughts and make sure everyone is clear about a few things.

It was interesting to watch the level of protest and feigned outrage from Google. One wonders what brought them to a place where they would level these kinds of accusations.

Before we explore that, let me clear up a few things once and for all.

We do not copy results from any of our competitors. Period. Full stop. We have some of the best minds in the world at work on search quality and relevance, and for a competitor to accuse any one of these people of such activity is just insulting.

We do look at anonymous click stream data as one of more than a thousand inputs into our ranking algorithm. We learn from our customers as they traverse the web, a common practice in helping to improve a wide array of online services. We have been clear about this for a couple of years (see Directions on Microsoft report, June 15, 2009).

Google engaged in a “honeypot” attack to trick Bing. In simple terms, Google’s “experiment” was rigged to manipulate Bing search results through a type of attack also known as “click fraud.” That’s right, the same type of attack employed by spammers on the web to trick consumers and produce bogus search results. What does all this cloak and dagger click fraud prove? Nothing anyone in the industry doesn’t already know. As we have said before and again in this post, we use click stream optionally provided by consumers in an anonymous fashion as one of 1,000 signals to try and determine whether a site might make sense to be in our index.

Now let’s move the conversation to what might really be going on behind the scenes.

Bing was launched nearly two years ago to break new ground and help move the search industry in new directions. We have brought a number of things to market that we are very proud of — our daily home page photos, infinite scroll in image search, great travel and shopping experiences, a new and more useful visual approach to search, and partnerships with key leaders like Facebook and Twitter. If you are keeping tabs, you will notice Google has “copied” a few of these. Whether they have done it well we leave to customers. But more importantly, we take no issue and are glad we could help move the industry to adopt some good ideas.

At the same time, we have been making steady, quiet progress on core search relevance. In October 2010 we released a series of big, noticeable improvements to Bing’s relevance. So big and noticeable that we are told Google took notice and began to worry. Then a short time later, here come the honeypot attacks. Is the timing purely coincidence? Are industry discussions about search quality to be ignored? Is this simply a response to the fact that some people in the industry are beginning to ask whether Bing is as good or in some cases better than Google on core web relevance?

Clearly that’s a question that will continue in heated debate as long as there is a search industry. Here at Bing we will continue to focus on our customers, and try to provide some great innovation for consumers and the industry.