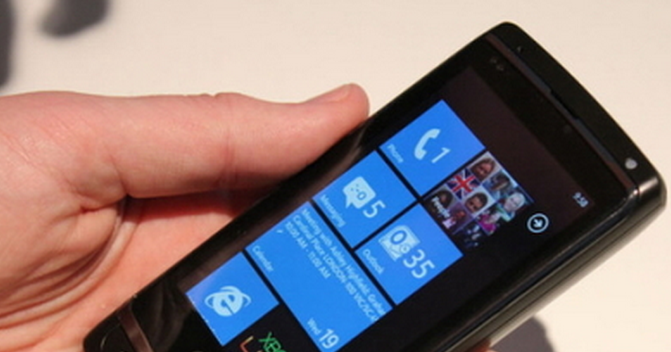 By now, no one expects Microsoft to give Windows Phone 7 less than its full support. The company has put all its eggs into the proverbial single basket, and it will be damned to be completely pushed out on the world of mobile.

However, new data from Chitika should be enough to make any fan of Microsoft’s new mobile platform nervous. According to the ad network, Windows Phone 7 has only grown its market share a paltry 10% or so since they last checked up on the OS last month:

For a reference on Windows Phone 7’s growth over the past month, in our December post we found that WP7 was sending about 0.4% as much traffic as iPhone and Android (combined).  At present, that number has risen slightly – to an average of 0.44%.  Growth is happening, but not very quickly.

Given how new Windows Phone 7 is, every month that goes by is a very significant percentage of the total time the phone line has been for sale, meaning that market share growth should be higher than 10%. When you add in the promotions that WP7 handsets had during the holiday season, you would expect growth to actually be quite strong.

I took a look into our traffic numbers here at TNW, and it seems that, at least from our vantage point, Windows Phone 7 is in fact growing much more rapidly than what Chitika reports. Here are our month over month gains in traffic from the from WP7 devices (rounded):

Of course, as a technology blog we tend to get more hits from new phone platforms than your average site, but we are seeing consistent, strong growth from Windows Phone 7 handsets. Compared to Android and iOS, and especially compared to Windows 7 and OS X, the traffic is low enough to hardly matter. However, for a new platform, to see such steady growth is encouraging.

So far as we can tell, Windows Phone 7 is growing more than quickly enough for Microsoft to call it an initial success.

Read next: Behind the mystery of Likes and Un-Likes on Facebook