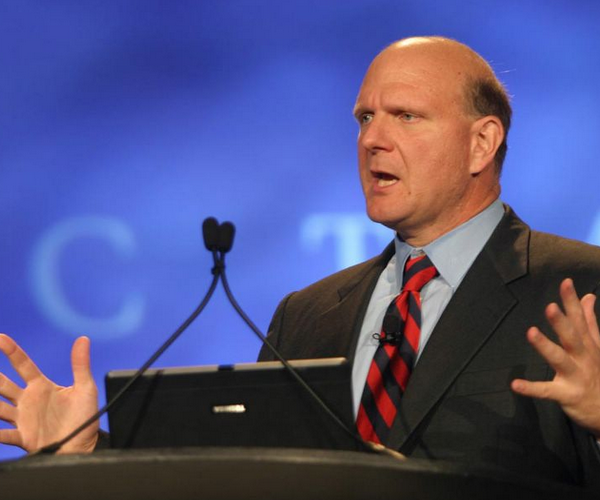 As an upfront warning, this post contains several educated guesses. They will be marked as such. We don’t have all the information we would like to have, but this is what we’ve manged to dig up.

To begin, we reported in the middle of December that Microsoft was putting together a massive patent consortium that included plans to buy $450 million in patents from Novell, who was in the process of being acquired by Attachmate.

Today, news came that the deal has somehow taken a bad bend. To quote the source: “In a move that will be seen by many as a big win for open-source advocates, a plan to create a consortium led by Microsoft to buy Novell patents has been withdrawn.”

Naturally, as is our protocol, we asked Microsoft for comment. They replied (Microsoft spokesperson): “This is a purely procedural step necessary to provide time to allow for review of the proposed transaction.”

Immediately we began to smell something odd. Sure, PCWorld had guessed that “[the withdrawal of the filing to form the group to buy the patents] is likely voluntary as authorities would not yet have had time to investigate the proposal,” but why even voluntarily pull the file?

Microsoft and its friends were not, so far as we can tell, rebuffed by a governmental agency. But what Microsoft said is that their withdrawal was merely a move to provide time for review. In other words, so far as we can parse, the deal appears to be far from dead.

Of course, we wanted more. We dug high and low, deep and high, and only manged to confirm that the comment Microsoft had given us did apply directly to the patent situation. Given that, we can translate Microsoft’s official comment into this: “[The filing withdrawal] is a purely procedural step necessary to provide time to allow for [governmental] review for the [proposed purchase of $450 million in Novell patents].”

So then, since we know that, let’s dispel some rumors. It is completely unclear that Microsoft ever really minded complaints from open source advocates who feared the deal. The people who wish to claim that Microsoft pulled the file merely to avoid bad press, we feel, don’t fully understand the competitive nature of Microsoft as a corporation.

Secondly, we are not 100% certain that the deal is ‘on’ for the future. Another friend of ours states that “[Microsoft’s consortium] will refile,” which we feel is correct. However, are not completely certain that it is true, so we are hesitant to be so forthwith.

In accretion, despite the news that came out today, we would place a bet on Microsoft refilling and buying the patents despite what is floating around the media.

Now, the good stuff. Microsoft had to pull the file, they would not do so without cause, so you have to ask the question, why? We have a gut feeling, and one that is just a hunch, that Microsoft had some internal jockeying to handle. Microsoft would have to refile, we presume, if it had to make significant changes to the makeup of the consortium. Keeping Microsoft, Apple, EMC and Oracle all in line at once must be a very tall task.

That is what we have right now. If you know something, send it our way: [email protected]