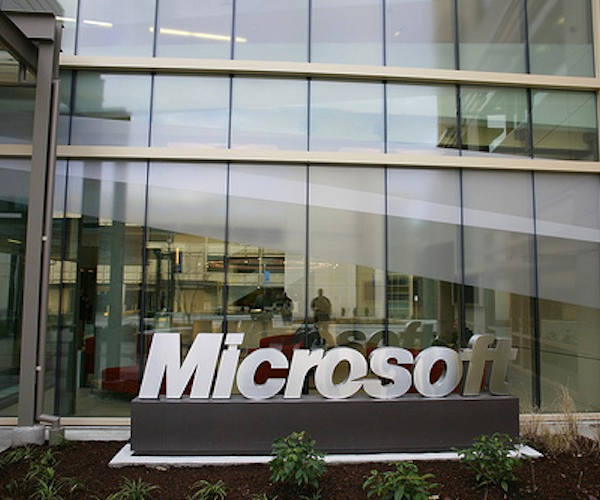 2010 was a big, important year for Microsoft. The company pushed back against the world of technology on nearly every front possible, all at once, attacking its competitors as if it was fighting for survival.

It payed off. The company was rated the most innovative company in the world by The Street in 2010, and the MSFT stock price is at a 6 month high, boosted by hot new product releases and strong earnings.

Microsoft is, as they say, back. We sat down and picked the biggest moves and gambles that Microsoft took this year in terms of dollars spent, the size of market attacked, or the boldness of action undertaken. You may disagree with our final selection, but you can’t help but admit that the Microsoft of today is a radical change from the Microsoft of a year ago.

Microsoft kicked the hornet’s nest this last PDC when it publicly snubbed Silverlight and cried out that HTML 5 was the company’s cross platform solution of choice. Companies and developers that had spent endless time and money working with and learning Silverlight felt betrayed.

Microsoft barely budged an inch, saying that for now, Silverlight is their mobile development solution. For everything else that company is looking to HTML 5, despite withering criticism. Why is this important? It means that eventually every internet based Microsoft product will work everywhere, no matter on what device it is being called to.

In other words, Microsoft is changing its entire view of standards and formats, and is opting to work with the rest of the world. That is a sea change.

Microsoft decided that it was not going to be able to sufficiently ‘save’ Windows Mobile 6.x from itself, so the company tore up the blueprints and started over. When the dust settled and Windows Phone 7 finally emerged, you could not help but be impressed.

The OS is fresh, and exciting, the devices are capable, the advertising campaign is functional, and the handsets are selling. Microsoft literally muscled its way back into the mobile game by opening the corporate coffers and spending until they found a new strategy.

Not many companies can match Microsoft’s R&D budget, and Redmond is using cash as a weapon. You can bet that Google and Apple were happier when Microsoft was a mobile joke, not a viable player like it is today.

Internet Explorer 9 is another Microsoft product refresh that feels like the company fired the entire leadership team that had been in place before starting over from scratch. To put it bluntly, unlike Internet Explorer 8, IE9 has a future as a functional modern browser.

Internet Explorer as a brand is in decline, attacked by foes both old (Firefox) and new (Chrome). Will Internet Explorer 9 single-handedly save the brand? No. But it is a massive start in that direction. We are even more excited about Internet Explorer 10, as if this is how good IE9 is, IE10 should be truly special.

Microsoft reversed its course and decided to fight back against marketshare slippage, and it did it with force. We just can’t wait until IE9 finally drops the beta tag and jumps into the market.

Not willing to let the Wii and the Playstation Move beat back the Xbox 360’s momentum, Microsoft built the Kinect and dumped money into the coffers to advertise it. It worked.

The little gadget was supposed to sell 5 million units in 2010 alone, despite a very late launch (in the calendar year, that is), but it should smash that official guess. Analysts had been expecting sales of 3 million, a figure that Microsoft blew through in around a month.

The Kinect is a global success that gave new momentum to the Xbox 360 for the all-important Christmas shopping season. An innovative smash hit product? You would expect Apple, but Redmond can design too, it turns out.

Oh, and speaking of Apple, the Kinect is the fastest selling gadget of all time. It destroyed the iPad’s previous record.

Bing and Facebook are best friends, something that has cost Microsoft dearly, but has boosted the search engine significantly. Microsoft owns a whole 1.5% (or so) of the social giant, giving them first look on certain product tie-ins.

Bing and Facebook have gone through two sets of major integration announcements, putting Microsoft’s still somewhat small search brand in front of the mass market in the way that only Facebook could accomplish. It has been impressive to watch.

So long as Micrsoft and Facebook play nicely with each other, expect for the two to keep on tangoing, and for Bing to keep on growing. If Google wants to keep its sky-high marketshare it is going to have to make a move in the social space quickly, before Bing cements itself too deeply inside of Zuckerberg’s monster.

Read next: Samsung takes on the iPod Touch with its Android-based Galaxy Player