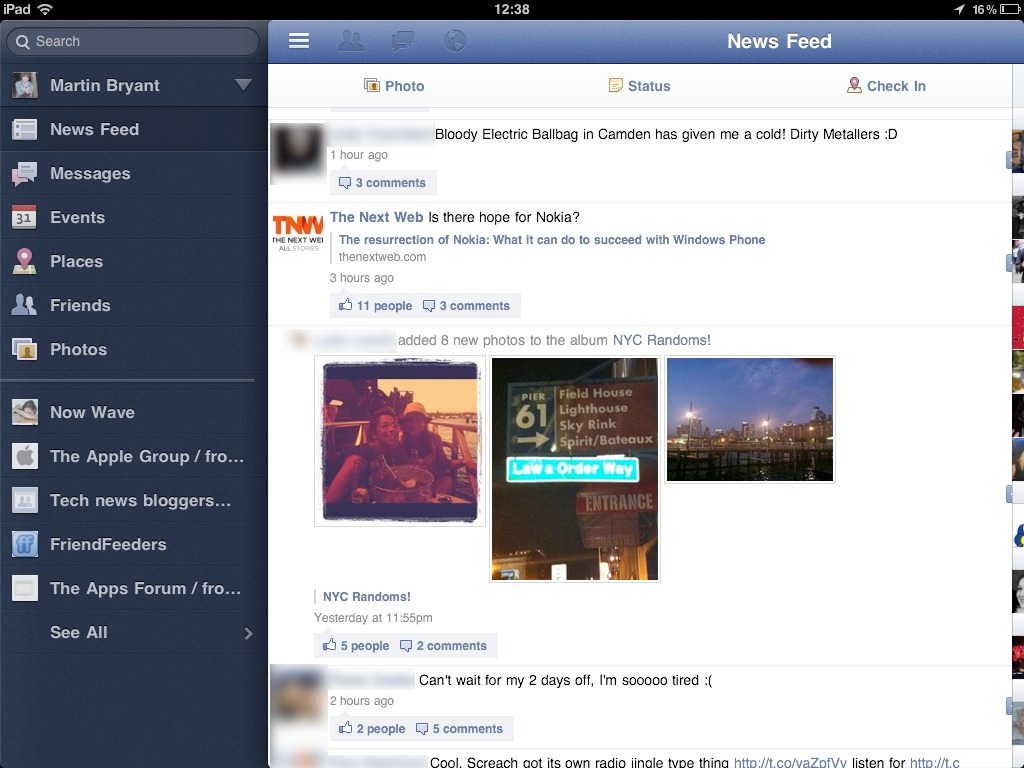 The best way to ever get a real grasp on a topic is to get your hands on as much data possible, and then to analyze it as deeply as you can. We here at TNWmicrosoft are information addicts, and so when startup (and friends of TNW) Rowfeeder offered to let us peek at some of their data relating to the US launch of Windows Phone 7, we jumped at the opportunity.

After digging through some 115,00 (well, 114,694) entries from Facebook and Twitter published between the 6th and 14th of November, the US launch of the phones was the 8th, we have come up with some very interesting data for your perusal and enjoyment.

If you don’t like graphs or charts, don’t read on. For everyone left, let’s get into it.

If you didn’t guess it already, we are looking at 115,000 tweets and Facebook posts because that is (more or less) how many were sent out that contained the phrase ‘Windows Phone 7″ between the 6th to the 14th. Now, we do have a little data from both the 5th and the 15th as well, but that data is of a very low daily volume, Rowfeeder seems to have tacked it on either good measure or by accident, but we can focus on our aforementioned 8 day range.

This, combining both Twitter and Facebook posts, is how many notes were sent out about Windows Phone 7 (the arrows are there to help you guide your eyes to the correct starting dates):

What is interesting is the second Facebook bump occurring roughly on the 13th of November. What could be the cause? We initially suspected that it was made up of  people who had purchased a WP7 handset around launch day finally getting Facebook set up on their phone, and then alerting their friends that they had done so.

Wrong. Combing through the Facebook data from that day the real cause became obvious: the grilling competition between WP7 and other major smartphones. It was a hit on Facebook apparently, with dozens of people pushing links to it on their profiles. Let’s get some more specific numbers out in the open:

Again, note that the data from before the 6th can be ignored as it is so small. We don’t have that data, and so our analysis begins on the 6th. There is a hole in our chart on the 10th for Facebook data, something that we suspect has something to do with an errant API.

That aside, there are some very interesting things that we can ferret out of this chart. To start, the reach of Windows Phone 7 around its launch was gigantic. Some 36 million potential people were exposed to the phones on these two platforms, demonstrating the power of unpaid, individual social sharing and digital media coverage (that is spread by readers).

Secondly, and we do need to move along, from the 9th to the 12th there is a surprising resilience to the total reach of the phones around the internet, with a very surprising jump on the 12th. The phone seemed to have legs right out of the gate.

Which Handset Is The Most Loved?

We went through the data and compared the frequency of different Windows Phone 7 handsets appearing among the 115,000 status updates. Not surprisingly, as we are looking at data around the US launch of the platform, the US phones performed the strongest. Take a look:

Why did the Venue Pro do so poorly? The phone does not ship for another two days, so fewer people were discussing it. Perhaps the most interesting tidbit from the data is that the HTC HD7 beat out the Samsung Focus in terms of conversation frequency, something that we did not expect given the Focus’s popularity post-launch.

What else can we pull from this? Given that we are looking at such a large data set, it is surprising to see such a relatively low mention-volume per phone. That could be as nearly every consumer, I suspect even current WP7 users, can’t name any specific handsets by name (except their own if they did buy one). The platform has far more brand equity than the individual handsets.

To wrap up this post, and I do apologize for its length, I took a poke at the data using several terms associated with consumer sentiment. Most were flops, with very, very people using the word ‘sucks’ with the term ‘Windows Phone 7’ and veritably zero people calling the phones ‘boring.’ Take a look:

Why did ‘rocks’ perform so strongly then? As it turns out, there was a promotion involving the tweet: “Zune on Windows Phone 7 Rocks my World! Official Rules http://bit.ly/aO7WmS,” that led the term to be very popular.

From what we can tell, many (perhaps a solid 40%) of tweets were retweets and postings of blog headlines that contained the catchphrase (Windows Phone 7), leaving little for the consumer to add in in regards to their emotions. To be honest we were hoping for some juicy information that just didn’t pop to the surface.

There you have it ladies and gentleman, a brief overview of the Windows Phone 7 launch here in the US looking at social shares about the topic. We are going to do this as often as we have the data.

We are not affiliated with them in any way, but feel the need to say thanks again to the Rowfeeder team for their help in supplying the data for this post.