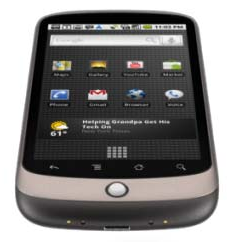 Microsoft has announced that Bing for Android is now available on all major US carriers through the Android Market. Previously, the app was only available on Verizon.

In a post on the Bing Search blog, Microsoft also states that the Bing app will come preloaded on the Samsung Continuum and Motorola Citrus on Verizon as well.

When we reviewed the Bing app on Verizon in August, our Brad McCarty said that “you are likely to be annoyed” for one major reason: when you search for something using the Bing app, the app makes you open that link in the app’s browser, instead of in your browser of choice on your phone, which of course then means that you can’t get out of the app to use the other Google-centric parts of your Android phone.

Otherwise, however, the app has a lot of nice features, including:

The app comes with an Android widget as well, which is always a nice touch.