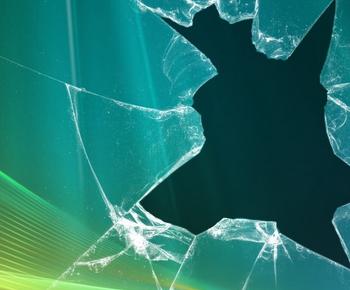 Oh dear, poor Microsoft. It seems that their ploy of launching a website touting how great Windows 7 computers are is not only a show of weakness, but is in fact a paean to just how powerful Mr. Jobs has become. Can they do nothing right?

I have to disagree with that sentiment rather completely. I applauded the company for its move yesterday, and as it turns out have been one of the very few people to do so. Why is that? Well, it seems that literally nothing that Microsoft does will ever be a good idea in the eyes of a large bit of the internet.

This is why I like Microsoft’s move, to come at the whole discussion from a different, not PC v. Mac angle: the website, which does compare OS X and Windows 7 based machines, is mass market. That is a very good thing. Windows 7 is a mass market operating system, and the mass market is where Windows controls the scene.

High end machines? A toss up between gaming rigs running XP and OS X, fine. For Joe and Jane, Windows is the operating system that computers run on, and Microsoft wants to let them know that their comfortable computing environment is the best for their needs, that there is no need to switch. Weakness, or just keeping their users content and happy

Windows is what they know, and moving to Mac would require change, so Microsoft is right on that count. Blu-ray is a big damn deal for a lot of people, regardless of what Jobs (or you and I) think. The list goes on. MSFT and the whole Redmond crew are speaking to their market, the mass market, and are doing so at the expense of Apple’s potential market share growth.

Do you really think that your average, not computer savvy PC user, after reading that site would buy a Mac? No. And Microsoft knows that. They are using their market advantage, to their advantage. Using their dominant mass market weight to keep their users content, safe, and paying.

Hitting Apple a show of weakness? Only maybe if you are a technologically powerful person, us that is. To everyone else, Macs are just those other machines that cost more. Microsoft knows its demographic, and is playing them like a fiddle. That ability is why they are big and why they are going to stay that way.

Using your current advantage to maintain your market position is not weakness, but strength.

Read next: Twitter gets back to its roots; announces faster follows via mobile