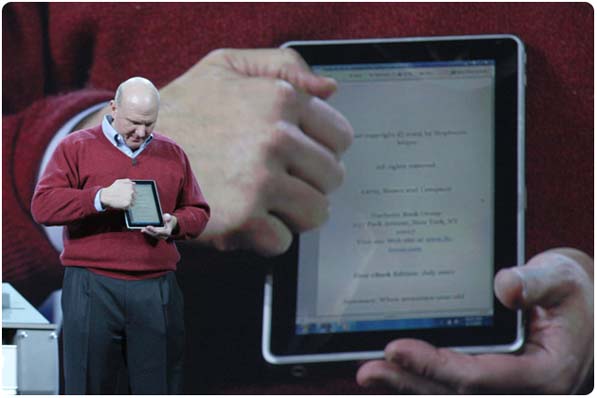 Oh Steve Ballmer, today, we love you. The Microsoft CEO, speaking at the Worldwide Partner Conference today, has stated what many have been waiting to hear: Windows 7-powered slate computers will be coming. And apparently they’ll be landing soon.

According to an article on ZDNet Ballmer has stated that Asus, Dell, Samsung, Toshiba and even Sony will all be throwing their proverbial hats into the rings for the slate market.

The biggest selling point, according to Ballmer? Corporate IT departments will sanction them, allowing them to be used regardless of where you are. Since the slates will be built on a system that is already widely in use in the corporate world, there is no additional risk as what might be present in slates from Apple or Android.

We don’t have hard dates or details yet, obviously. But the very mention of a dockable, e-ink displaying touch-only device that runs Windows 7 will have tongues wagging for the next few months.