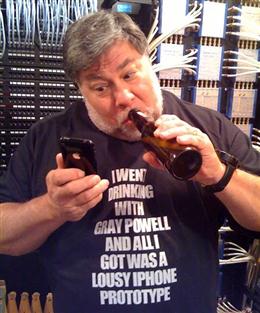 Yesterday, bloggers had a field day with a major Windows 8 leak.

Enthusiast blogger Francisco Martin posted a bunch of screenshots from an internal document that got picked up by several prominent websites, it was mayhem after that.

Microsoft sleuth Stephen Chapman then posted more images in a lengthy article. Unfortunately for Martin, Microsoft shut down his Spaces blog which is where he has been posting juicy internal Microsoft details.

Apparently, a week back the forum – Win7Vista posted two links to an archive of 9 internal documents that detailed Microsoft’s plans for Windows 8 and OEM partners. The two links soon turned dead but the admin of the forum was quick to re-upload the files to other file sharing websites.

The documents seem to be a set prepared for OEM partners and talk about what Microsoft has in mind for Windows 8. The documents talk about the whole Windows ecosystem – from software to hardware and competition. There are references to a Windows App store, how Apple gets it right and some Windows 8 features.

On close inspection of the documents, Stephen found a HP employee’s email id watermarked on one of the slides, HP has been mentioned in the slides too: I somehow doubt he would leak the documents, it has to be someone around him who had access. Yeah that’s my CSI New York instinct.

These documents shouldn’t have made their way onto the web and the fact that Microsoft shut down Francisco’s blog and the initial download links disappearing, it looks like Microsoft is working on plugging the hole.

Read next: Android 2.2 Froyo Officially Rolled Out To Nexus One Phones