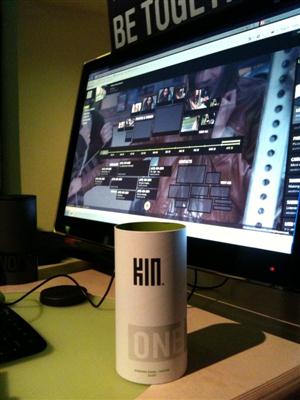 Best Buy is offering the KIN phones are quite attractive prices. The KIN One is free and the KIN Two is available at $50, a two year contract is the catch.

The Verizon data plans for the KIN are $30 a month which might still be considered costly for a kid’s phone. The KIN phones have been received differently by the age groups.

Most of the gadget pundits who reviewed the phone aren’t the target audience and as such weren’t floored by the devices. However, the age group that the phones are actually meant for had a different take, a more positive opinion on the phone.

PocketNow has posted a short video of the KIN Studio, Silverlight application to manage the data on the KIN. And it does look good with the multitouch support. Following are the feature highlights of the KIN Studio according to Adam:

Read next: Are European Startups Fleeing to the USA?