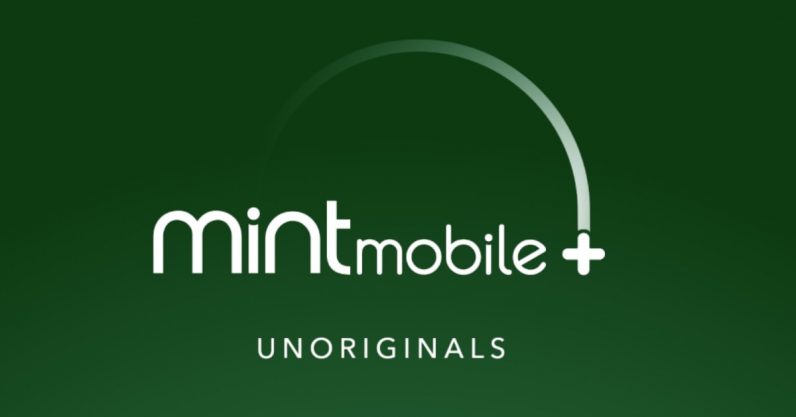 Brace yourself, Netflix, Disney+, etc. A new streaming service has come on to the scene. I don’t know about y’all, but I think we’ve got a real contender on our hands.

If for some reason you haven’t heard, Hollywood polymath Ryan Reynolds today announced a new streaming service from Mint Mobile, because “every tech company needs a streaming service.” The new service carries just one movie — 2003’s Foolproof, Reynold’s classic heist film. I’m not even sure where to begin with this. I mean, I thought that, after the streaming wars, the concept of streaming could not be refined further, but clearly I have a lot to learn… from Ryan Reynolds specifically.

The backstory (not that you need it) is that Reynolds bought a stake in wireless company Mint Mobile, and this is likely an attempt to attract some attention to it. The streaming service is called MintMobile+, because naturally the actor behind Deadpool’s mask would take a shot at new adoptive parent Disney. The loading screen even does that little swoop over the title like the old Disney intro did over Sleeping Beauty castle, which I’m sure the House of Mouse will take in the spirit of affectionate imitation in which it was intended.

Once you load up MintMobile+, you’re treated to a cadre of options, including “Original Originals,” “Kind of Originals,” and “Unoriginal Originals.” They’re all Foolproof, as is every item in the “Top 10 in the US” carousel. Flick through it and enjoy the different thumbnails they’ve drummed up for the movie.

Reynolds isn’t kidding about every major company needing a streaming service, though it’s not just confined to tech. Every major conglomerate needs a streaming service — and indeed, with Comcast, WarnerMedia, National Amusements, and Disney having their own platforms now, they all do. But I’m certainly not going to dissuade Reynolds if he wants to break the streaming wheel. Why shouldn’t Mint Mobile make its own streaming service? And why shouldn’t it offer Foolproof for free? Though, if Reynolds’ follow-up tweet is to be believed, it’ll only be available until the weekend.

Two minutes after launch and our crack data team has already determined Mint Mobile + should probably be shut down by the weekend. We’ll go back to focusing on premium wireless…

So yeah, I guess I know what we’re all doing tonight: watching Foolproof and playing Microsoft Flight Sim. Seriously, we’re in a pandemic — don’t pretend that doesn’t sound pretty great right about now.

Read next: How Facebook's Yann LeCun is charting a path to human-level artificial intelligence