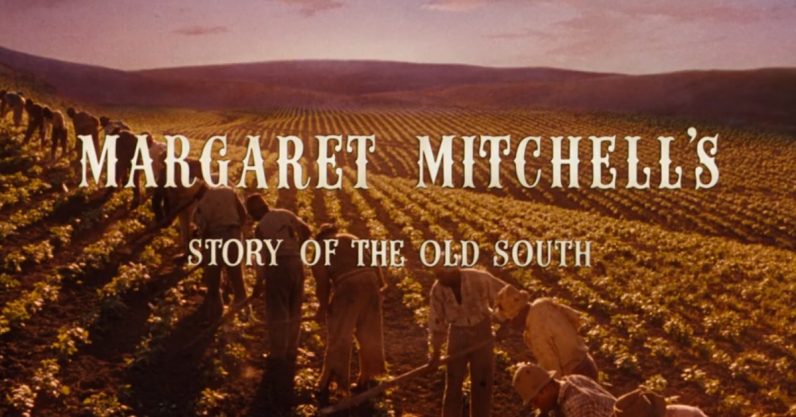 WarnerMedia, the company that owns HBO, revealed yesterday it’s removing Gone with the Wind from its nascent streaming service HBO Max. The Civil War romance between two very rich slaveowners has been temporarily removed while the parent company examines how to present its uncomfortable content in as sensitive a light as possible.

As the Black Lives Matter movement has called worldwide attention to the systemic racism and violence perpetuated against Black Americans, as well as the widespread abuse of power among police, many companies have raced to voice their support in one way or another. While some streaming services — such as The Criterion Channel — have lauded and highlighted the work of Black filmmakers, WarnerMedia is taking the opposite tack by removing one of its more divisive and problematic films, David O. Selznick’s Gone with the Wind.

This follows a scorching op-ed in the Los Angeles Times in which John Ridley argued for the film’s removal, saying:

It is a film that, as part of the narrative of the “Lost Cause,” romanticizes the Confederacy in a way that continues to give legitimacy to the notion that the secessionist movement was something more, or better, or more noble than what it was — a bloody insurrection to maintain the “right” to own, sell and buy human beings… And it continues to give cover to those who falsely claim that clinging to the iconography of the plantation era is a matter of “heritage, not hate.”

To be clear, the company is not opposed to the idea of reinstating the film, but wouldn’t do so without a big asterisk and a condemnation of what the film shows. A spokesperson told Reuters:

These racist depictions were wrong then and are wrong today, and we felt that to keep this title up without an explanation and a denouncement of those depictions would be irresponsible… it will return with a discussion of its historical context and a denouncement of those very depictions, but will be presented as it was originally created, because to do otherwise would be the same as claiming these prejudices never existed.

I’m sure someone will make the argument that Gone with the Wind is an important moment in film history and thus should be lauded. But the fact that we used to think its depiction of the Antebellum South in gauzy beauty was great does not change the fact that it’s unbelievably uncomfortable to watch in this day and age. I mean, even if you care nothing about the faintly lustful way the film portrays slavery or the fact that actress Hattie McDaniel had to accept her Oscar in a whites-only hotel — the climactic moment of the final act is the male lead raping his wife. This film is just a tooth-clencher nowadays for all the wrong reasons.

In addition to this, Warner has also removed Elmer Fudd’s rifle from the reboot of Looney Tunes Cartoons, with showrunner Peter Browngardt saying “We’re not doing guns” (though it’s keeping the less-fraught cartoony Acme bombs and TNT). ViacomCBS also cancelled the long-running reality TV show COPS (yes, the one with the “Bad Boys” theme song).

While the racism of the late 19th and early 20th century is inescapably part of the history of film, there’s no reason why it has to be glorified. I think to a certain extent, the industry is now aware of that. It’s why Disney, despite putting almost every other film it’s ever created on its Disney+ streaming platform, has demurred from reinstating Song of the South for its, ahem, less-than-elegant portrayal of a post-Civil War South.

Though, if the Amazon bestseller list is anything to go by, people are quickly finding ways around Gone with the Wind‘s deletion from HBO Max. The film currently sits atop the list for Movies & TV.

Read next: Here are 4 Nintendo Switch games to help you cope with pandemic life

HBOGone with the Wind (film)