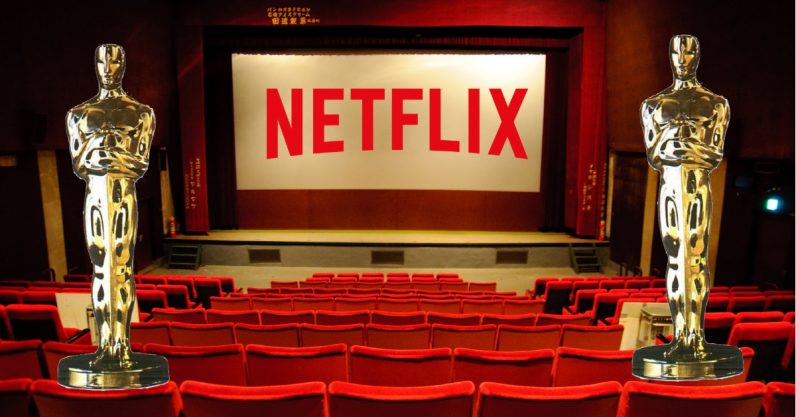 Netflix’s new releases are headed straight for the cinema.

The streaming platform announced the move on Twitter, marking a seismic shift in their business model. Netflix has released original content in theaters before, but this will be the first time the films are not simultaneously available on the site.

For those wanting to see ROMA on the biggest screen possible, select markets will be able to watch in theaters AND on Netflix. Watch for special theatrical presentations of Alfonso Cuarón’s ROMA, The Ballad of Buster Scruggs from the Coen Brothers, and Bird Box from Susanne Bier.

ROMA will be the first, and will be released in a selection of cinemas in New York and Los Angeles on Wednesday, November 21st. Those hoping to catch it streaming on the platform will have to wait until December 14th, when it will also receive a wider theatrical release.

Vanity Fair wrote the break from Netflix’s typical release strategy is both in order to appease filmmakers and position itself for an Oscar. The move “is a signal to the Academy of Motion Picture Arts and Sciences that Netflix is serious about awards consideration and is responding to voters who’ve insisted that the streaming service needs to offer meaningful theatrical exhibitions if it wants to be considered for Oscar gold.”

ROMA’s director, Alfonso Cuarón, who won the Oscar for Best Director in 2013 for Gravity, has apparently been pushing for a theatrical release for months.

Streaming’s value lies in immediacy, and Netflix is its biggest apostle in the industry — this can be seen with their TV series release strategy, where they release seasons all at one, instead of staggering them out like traditional television. It has long eschewed archaic film industry norms, stubbornly putting the subscriber first, and changing the way the public consume media.

Netflix’s move towards a more traditional release strategy is a surprising one, but also shows the prestige that still lies with the physical cinema. A month’s wait isn’t long, and while subscribers won’t be happy, now that Netflix situated itself as one of the most important media producers, they can pretty much do what they want.