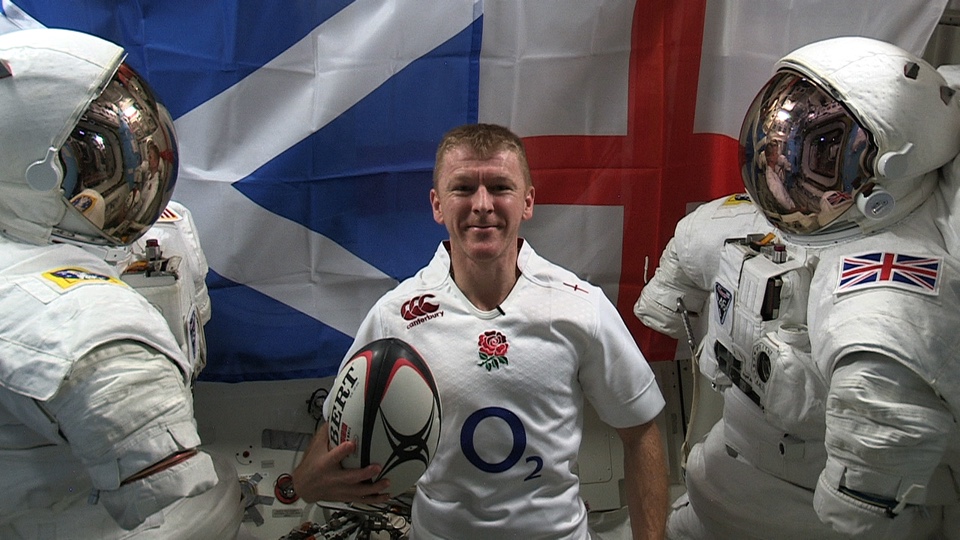 More than 20 million people watched the RBS Six Nations rugby tournament in 2015 and this year it will be quite literally taken to a new height when it kicks off tomorrow.

The BBC will live stream the England v Scotland match 400km above earth in the International Space Station for British Astronaut Tim Peake.

Peake is getting into the spirit for the match and even recorded this message for the teams. Speaking about the game, Peake said:

“I know that space is a hostile environment, but Murrayfield, for the old Calcutta Cup, that’s a whole different matter. And Scotland has a fire in their belly; you could hear their World Cup rage from up here in space… May the best team win! Come on England!”

Peake made history in December when he became the first British astronaut in over two decades to board the ISS after six years of rigorous training. He also completed the first space walk undertaken by a Briton last month.

Whilst on board the ISS, Major Peake is undertaking an educational mission as well. Called Principia, he is carrying out a number of science experiments to be included in the curriculum of UK schools for children aged 11-19.

Read next: Nintendo abandons plans for its odd, non-wearable sleep-tracker