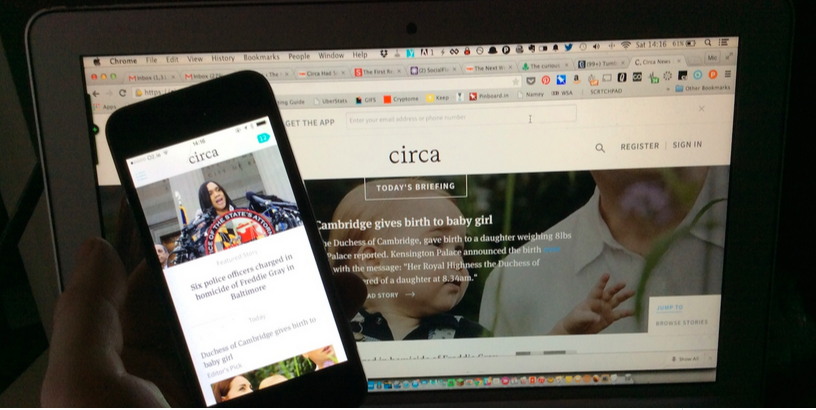 Circa, whose app and website tried to reimagine news stories as a stream of atomised elements, has announced that it’s shutting down. The company, co-founded by Matt Galligan, Ben Huh and Arsenio Santos, has failed to secure an acquirer.

It confirmed back in April that it was seeking a buyer after moves to raise a Series A round stalled. The service ceased publishing stories on June 21.

Sadly and ironically, its final story was about a plan to save an endangered porpoise. Unfortunately, Circa’s own attempts to prevent extinction have not effective so far.

The long period of silence about the company’s fate led to frustration from users and even its Editor In Chief Anthony De Rosa who called out Circa’s executives on Twitter:

I won’t stay silent on @Circa for much longer. Folks on the business side of things here owe it to us and to our users to provide an update.

Galligan announced the news on Medium:

It’s with great disappointment that we let you know that Circa News has been put on indefinite hiatus. Producing high-quality news can be a costly endeavor and without the capital necessary to support further production we are unable to continue.

He says company is “still working through an opportunity to keep the technology and spirit of Circa alive”, which may mean the much-rumored acquisition by The Daily Dot.

Galligan’s statement says neither he nor any of the rest of Circa’s executive team will be commenting on ceasing production.

In the meantime, the strong team of journalists who produced Circa are looking for work. As always when fellow writers and editors are in this kind of situation, everyone at TNW wishes them the best and hopes they find a new home soon.

➤ Farewell to Circa News [Medium]

Read next: Circa had some good ideas but its news lacked soul

Read next: HBO makes 'The Brink' and 'Ballers' debut episodes available on Facebook