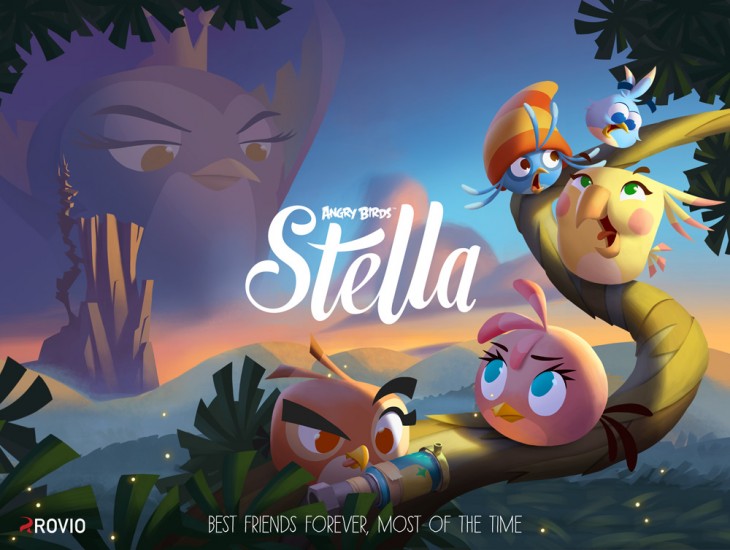 Rovio is readying a multimedia charge for Angry Birds Stella, a new spin-off based on its immensely popular mobile video games.

A new title featuring the titular character Stella and her friends Poppy, Willow, Dahlia and Luca will arrive with familiar “slingshot gameplay” in September. The game will be set in a new locale – the treetops of Golden Island – and integrate with a new line of collectible Telepods figures.

The game will be supplemented with a 13-episode animated series on ToonsTV, its media streaming service for Samsung smart TVs, Roku streaming deices, the Angry Birds apps and the Web. Each episode will be six minutes long and eventually land on other TV and video on-demand services, according to Rovio.

In addition, Rovio is planning a series of Angry Birds Stella books – also slated for September – as well as plush toys, apparel and accessories.

The artwork, characters and branding point towards a female-focused audience, although the company has emphasized that Angry Birds Stella is “an inclusive brand that engages everybody, but also celebrates female heroism.”

Read next: How GitHub rival GitLab is building a business with just 0.1% paying customers