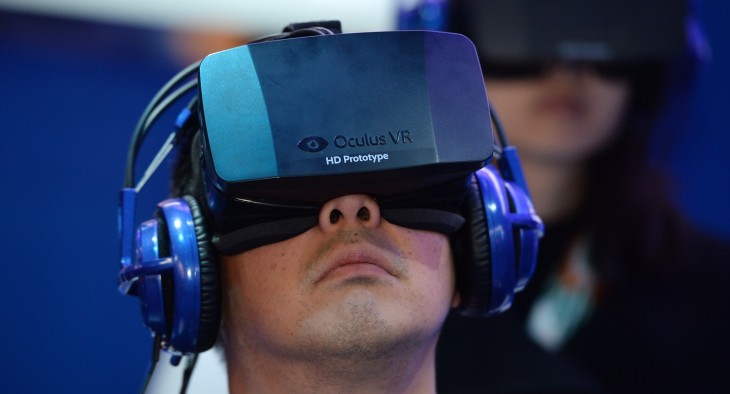 At the FT’s Digital Media 2014 event in London today, Nicola Mendelsohn, Vice President of Facebook, EMEA, took to the stage to discuss all things, well, Facebook.

Mendelsohn’s appearance was less than 24-hours after Facebook announced its intention to acquire Oculus VR for $2 billion, so naturally this was always going to be high on the conversation agenda.

“The reason we’re very excited about it [Oculus], is the fact that gaming is a huge part of the Facebook business, and what it allows developers to do is to really get inside and create whole new worlds for people to enjoy gaming on,” explains Mendelsohn.

While that may be the near-term ambitions, the longer term goals are a lot more lofty.

“What we see in the medium to longer term is really how we can create a whole new immersive platform for the way in which we share and enjoy content,” she continues. “So just imagine you’re sitting ‘at’ a football match…but you’re not, you’re in your home and you’re enjoying the content through Facebook, through Oculus’s technology, where you can feel that you’re actually at the football game. Or you could even take it into the medical world – imagine you could have a conversation with a doctor? You could really feel as though you can share things in a much more personal and intimate way. Really, the only things that will limit us here is our imagination.”

Indeed, if anyone suspects that the Oculus deal was little more than a glorified acqui-hire, they’d be wrong. Mendelsohn was quick to confirm that they’re very much in it for the product and the platform.

“There are incredibly talented people in the business [Oculus], but it’s not about an acquisition of talent,” she says. “It’s going to stay in its own HQ, it’s not moving to Menlo Park, and it is absolutely about developing that world of the future we’ve all been dreaming of. The virtual reality, immersive world.”

Mendelsohn says the next big step will be taking it out of gaming and into other areas, adding that they see it as “the next big platform”.

For the time-being, a lot of this is purely future-gazing peppered with more than a little fantasy. But in the wake of the WhatsApp acquisition last month, and the fears around Facebook’s supposed teenager exodus, it’s clear that it is fighting to remain relevant not just in the next few years, but long into the future.

“There’s always been a big, long-range vision,” says Mendelsohn. “Mark Zuckerberg’s vision may sound very simple to say, [but] it’s more difficult to do. It’s simply to connect everyone on the planet. We’re up to 1.2 billion people who are connected through Facebook, and coming back every month, but the next 2, 3, 4 billion people are going to be much harder to get to.”

Moving away from the potential of emerging markets and back into its existing main markets, Facebook began life as a website you typically accessed through your computer – however mobile happened and Facebook was kind of caught on the back-foot.

“I think as a technology company, one of the things that’s built into our DNA is the need to move fast,” continues Mendelsohn. “We really need to understand where people are, and what people are doing. We made a mistake on mobile, we’ve been very open about that – we built on the wrong platform. We didn’t see ourselves as a mobile first company, and Mark Zuckerberg turned ’round about 18 months ago and said ‘this has to change, this has to change quickly, we’ll be mobile first and mobile best’.

“None of the engineers were allowed to go into his room and show him any new product development unless it was coded mobile first,” she adds. “And that was a really difficult thing for a lot of people, because a lot of the engineers weren’t trained to do mobile-first engineering and coding. [But] we went from having zero revenue 18 months ago, to over 53% of our revenue 18 months later (via mobile).”

With Oculus VR now under its belt, will Zuckerberg soon be demanding that engineers only show him products that have been coded Rift-first? It may be a long way off, but that’s possibly the (virtual) reality we’re facing.

Meanwhile, stay tuned for all our coverage from the FT Digital Media 2014 event right here.

Have you ‘Liked’ The Next Web on Facebook yet?