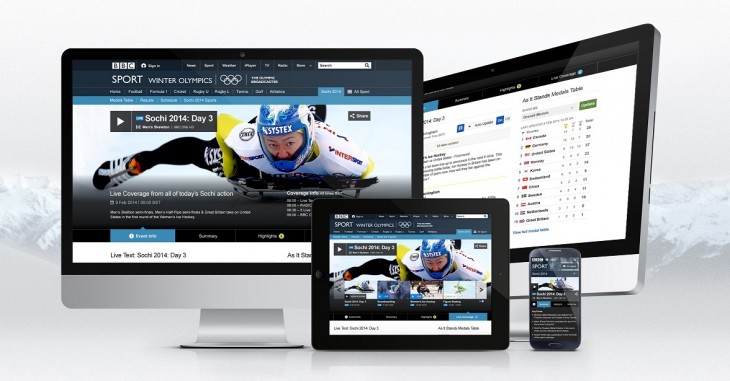 More than a year after the BBC delivered what was touted as the first true digital Olympics, the British broadcaster is now gearing up for the first digital Winter Olympics, which kicks off in Sochi, Russia, in early February.

As with the non-snow-based incarnation back in the summer of 2012, the BBC has announced that it plans to serve up a cross-platform, multi-stream extravaganza encapsulating 650 hours of coverage in total.

Indeed, while there will be six live HD streams, the video quality will automatically adjust based on the device and network connection. There’s also a live-stream switcher to make it easier to change streams in the page in the same way across all devices.

The native apps for Android, iOS and Kindle Fire won’t require you to update – the new features will be rolled-out automatically. And the Winter Olympic Games live website will be available through the main Sport portal for the duration of the Games – February 7 to 23 – which will include on-demand clips too.

But it’s not just about online, of course. TV viewers will have access to two red button streams covering live and catch-up content, while all six live streams and on-demand video be available via the Red Button service on Virgin Media TiVo, Sky, as well as Sony Freeview Smart TVs and the BBC Sport app for games consoles and smart TVs.

You may remember the BBC announced a new platform for live events – be it sport, music or whatever – back in October last year. Well, the technology has been tweaked and iterated through its beta phase, and the Winter Olympics will be the first major event the platform will be used for. 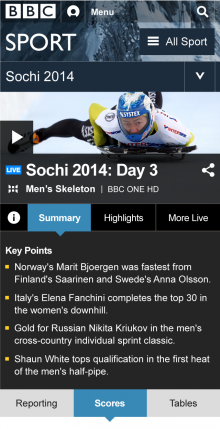 It was developed entirely in-house at the BBC, and was built with more than one eye on future events. The new set-up will also be utilized for Wimbledon, the World Cup, the Commonwealth Games, Glastonbury and more. Essentially, the new platform allows more content to be delivered at faster speeds, with the BBC claiming that it could take up to half the time to reach your screen.

Another chief benefit is that content will now auto-update for mobile devices, meaning that users won’t have to hit ‘refresh’, while live video, on-demand clips, and live text commentary/data will be together on a single page on mobiles/tablets for the first time.