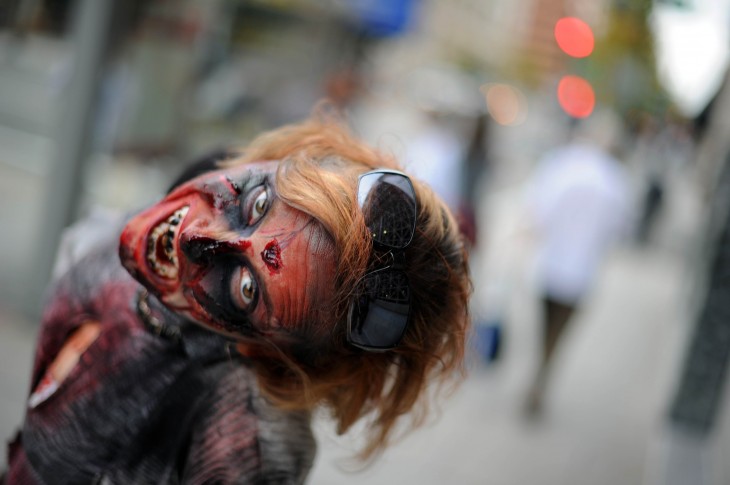 Amazon is beefing up its content offering on LOVEFiLM Instant, its on-demand streaming service in the UK, Germany and Scandinavia, with the hit TV show The Walking Dead.

The first series is available today for subscribers in the UK, with additional seasons being uploaded over the next 18 months. It’s a huge blow to Netflix – its main competitor in the region – which still doesn’t offer the show to its UK userbase.

The Walking Dead has been a huge success since it began airing on the AMC cable television channel in the United States back in October 2010. It’s a drama series that follows a group of individuals who are forced to survive in a post-apocalyptic world following a devastating zombie outbreak.

The show is based on the black and white comic book series penned by Robert Kirkman and drawn by Tony Moore – later replaced by Charlie Adlard – although there have been slight alterations throughout the first three series.

“Securing the exclusive streaming rights to The Walking Dead is another exciting development for us,” Chris Bird, director of film strategy at LOVEFiLM said. “It is seriously impressive that the show has become one of the most-watched drama series in basic US cable history, and a real testament to its quality. We are thrilled to bring this great content to our members, especially as we are the only subscription service in the country to do so.”

Netflix and Amazon are battling for market share in the United States at the moment. The former recently signed a new, multi-year licensing agreement with DreamWorks Animation to claim timed exclusivity for 300 hours of new, original TV series featuring the studio’s most beloved characters. Amazon, meanwhile, signed a new deal with Viacom for exclusive rights to thousands of new TV episodes in June, strengthening its content offering on Instant Video aimed at children.

Netflix and LOVEFiLM subscribers in the UK, however, are known to get a bit of a raw deal when it comes to streaming. Both libraries are nowhere near as extensive as their US counterparts, and often receive content months after it’s been broadcast on live television.

Amazon is just starting to change this rather gloomy state of affairs, however. It grabbed exclusive access to the US television series Vikings in May, before announcing ‘Disney Movies on Demand’ earlier this week. Streaming in the UK is yet to take off in the same way it has done in the US, but that may change soon if the international libraries gain some parity.