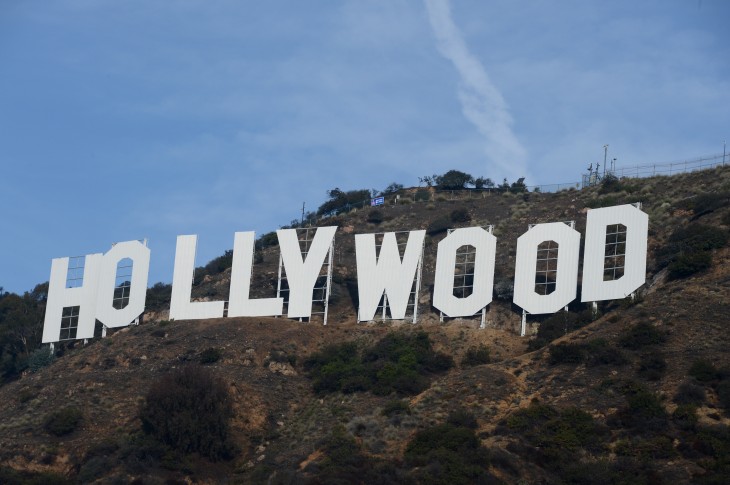 On March 15, writer/director Rob Thomas launched a Kickstarter campaign to fund a feature film version of Veronica Mars, the 2004-07 cult detective TV show that put Kristen Bell on the map. Asking for $2M dollars, Thomas created quite a stir and has raised a lot of questions about crowdfunding and films. It’s also come out that the original $2M goal was not enough to really make the film and Warner Bros. was originally set to pick up the rest of the tab.

While there may be an element of hype over substance with Warner’s revelation about funding, the project is still setting records. Kickstarter’s Justin Kazmark says the Veronica Mars Movie Project “was quickest ever to reach $1M pledged (4 hours, 24 minutes), it was quickest ever to $2M, and it is now the most funded project in the Film category to-date.”

With 24 days to go, the project has received a little under $3.7M in pledges from over 56,000 people. The speed at which the money is getting pledged has slowed down a little since the initial frenzy, but it isn’t out of the realm of possibility that this could make a run at the record for largest Kickstarter: $10.2M from nearly 69,000 people for the Pebble e-paper watch.

The biggest controversies to come out of this are two debates that have followed crowdfunding from day one. Whether this is a charity, giving money to Warner Bros., the rights holder and eventual distributor is an issue that has sprung up in the project’s wake.

Rob Thomas is pretty clear that he has a different vision of what Crowdfunding is: pre-selling to the core audience.

From a pragmatic viewpoint, that’s certainly what a lot of Kickstarter campaigns do. On the other hand, Kickstarter has always bristled at the idea of emphasizing the pre-sale aspect of crowdfunding. Bristled enough that they issued some guidelines under the the title of “Kickstarter Is Not a Store.”

Kickstarter was founded with the idea to help independent artists get their projects off the ground. That “Not a Store” post includes the language “We created Kickstarter so more creative work could exist in the world,” so things like Veronica Mars occupy a strange place.  On the one hand, it’s a project that repeatedly failed to get funding from the corporate world. It’s also a project that a lot of people were willing to back at the drop of a hat. On the other hand, at a certain level this is a Warner Bros. project and that really isn’t what the original spirit of Kickstarter was about.

This debate is part of the evolution of crowdfunding in general and Kickstarter is a sub-set of that. It raises a secondary question of whether or not the supporters of a project like this are investors? While crowdfunding was always been approached more like patronage of the arts, when corporations get involved, it isn’t unrealistic to ask the investment question.

This debate is part of the evolution of crowdfunding…

What would be the difference between 56,000 people pre-buying t-shirts and DVDs vs. 56,000 people pooling their money to invest in a film? The cynical answer is there’s less participation money available for Rob Thomas, who’s working for Guild scale on this and hoping to make up some of the difference from his normal rates on the back end. A more reasonable answer is, that would be a logistical challenge to set up and administrate. Crowdfunding as formal investing isn’t done yet, but it may be in the future.

Speaking of Thomas working for scale, that’s yet another debate. Clearly, you can’t make your typical feature film for $2M.  This requires getting professionals to work for scale, not their usual rates.

Much as the design professionals hate crowdfunding and U.S. tech professionals hate hate off-shoring, certain parts of Hollywood fear this could create a race to the bottom with more jobs being budgeted for the low end of the pay scale while working with what’s commonly referred to as a microbudget. Is that over-reacting? Possibly. But it’s also what would happen if you took this phenomenon to its logical extension. Whether it’s merely adding some low-paying gigs or lowering the entire scale is hard to say before the first project is closed.

How Much Is a Real Budget?

So how much would you really need to make a movie? Thomas told HitFix that the original budget for an episode of Veronica Mars was $1.8M. So a 90 minute movie would be roughly equivalent to 2 episodes, which would mean $3.6M, before inflation, to match the budget of a TV show on a small network like the UPN/CW where the show originally aired.

Thomas went on to say he’d really like to have a $5M budget and gave an example of the types of scenes he’d need a bigger budget to do, “In my perfect version, there is a brawl that takes place there. A brawl is an expensive thing to shoot. That’s days of shooting.” Otherwise, characters would just exchange “terse words.”

When you look at statements like that, the limits of crowdfunding as we currently know it start to become apparent, at least where popular cinema is concerned.  We’re already talking about getting a lot professionals to work at scale, so you may not get the best and the brightest unless the back end payments are split pretty widely among cast and crew. You want a car chase? That’s expensive. Fight scenes? More money. Lots of fancy costumes and period restoration?  There goes the budget.  Digital special effects? Forget about it.

It’s important to remember the labor is very organized in the film industry.  You can’t just decide to work for free. When it started, one of the early ideas about crowdfunding was that is should pay for the artist’s materials more than the artist’s time. That idea gets further away as more mainstream creators try their luck at crowdfunding, but it’s even further away from the reality of film-related Guilds.

This sort of thing needs to be a labor love where the key players are hoping get the project made and eventually profit after the release.

How Much Are They Really Raising?

Just because a project raises $2M on Kickstarter, doesn’t mean the project gets $2M. Between Kickstarter’s fees and Amazon’s payment processing, the project is down 8%-10%, right off the bat. Then you have to manufacture your pledge items and ship them.  Postage is expensive, too.

Thomas told FastCompany’s Co. Create “We have probably 70% of [the Kickstarter total] once you fulfill all the items.”

That sounds ballpark and a bit lower than many crowdfunding projects, which frequently find themselves surprised by shipping costs, particularly foreign shipping. Thomas is fortunate. Warner is coordinating with their fulfillment partners for him.  That means he doesn’t have to worry about logistics and his likely getting drastically better pricing than most crowdfunding creators.

It also means that $3.7M pledged is more like $2.59M towards the movie.  That’s less than the budget for two episodes of the TV series.  If Thomas wants $5M to make the movie, that Kickstarter total needs to be around $7.15M if his math holds up.  And he might get that.  He’s over halfway there with 24 days left.

This is also assuming that Warner Bros. doesn’t kick in some production money after the Kickstarter project is over.  Co.Create says “He goes on to explain that if the donations had halted at $2 million, Warner Bros. would have kicked in money for the budget since that would have been too little to make the quality of the movie comparable to that of the TV series. ”

The Value of Publicity and Proof of Interest

With all the shock about Veronica Mars returning, not much attention has been paid to the value of publicity.  By crowdfunding the movie, Rob Thomas received more publicity for the film in the first 48 hours than he likely would have for the actual release.  Being first gets you more publicity and some of the publicity will return when the movie is released.

He gets access to an e-mail list for everyone who pledged.  Technically, Kickstarter doesn’t release e-mail addresses, but it’s a completely legitimate use of the system to tell the funders of the film when it’s coming out and especially where any theater dates are in the form of an update — they might want to see it in a theater.  He also gets the mailing addresses for anyone who’s getting a physical prize.  That’s ground zero for viral marketing when it’s time to release the film.  Those faithful enough to plunk down their coins before it’s even made have been accounted for and are the mostly to spread the word.

The next few “mainstream” properties to try this method of funding will not get the same kind of media attention, but they will get that highly targeted mailing list.  That has value in and of itself.

On the studio side of things, it proves some interest in the film.  There will be a greater question to be answered of what percentage of the audience will pledge to get the film made and the answer to that will be divined over time.  Still, this may become a new metric.

Is This The New Normal?

Warner Bros. is participating in the Kickstarter campaign by coordinating with the fulfillment for the prizes. That means they’re active in the project and the monitoring the financials of the process. That also means, at worst, Veronica Mars is a test case for a new system of film production, be it purely financial or a new marketing channel.

Thomas is correct in that Warner will have some skin in the game through marketing and distribution costs, but with Warner Digital being involved, that earmarks this as a limited-theatrical release product aimed more at DVDs, Blu-Ray and Video On Demand. That can be a low margin business and $2M can go a long way toward profitability.

Nobody knows how high a total the Veronica Mars Movie Project will end up with. That will partially determine how eager more producers are to try their hands at crowdfunding.  Different genres require different budgets. Nobody knows how the film will perform relative to the Kickstarter totals. Whether it will generate enough money for Warner not to contribute to the budget.

Regardless, since this project is already successful and has been greenlit at the studio level, we will absolutely see more attempts at this funding model. Whether this becomes a sole source of funding, a source of matching funds with the studio or more of a “proof of concept” test remains to be seen.

Veronica Mars has let the crowdfunding genie out of the bottle in the world of major film studios.  Whether it was cost cutting or a very successful exercise in publicity, there’s a new production model in town. Time will tell how good a model it is.

Read next: Apple's WifiSLAM acquisition brings the company indoors, but can it keep up with Google?