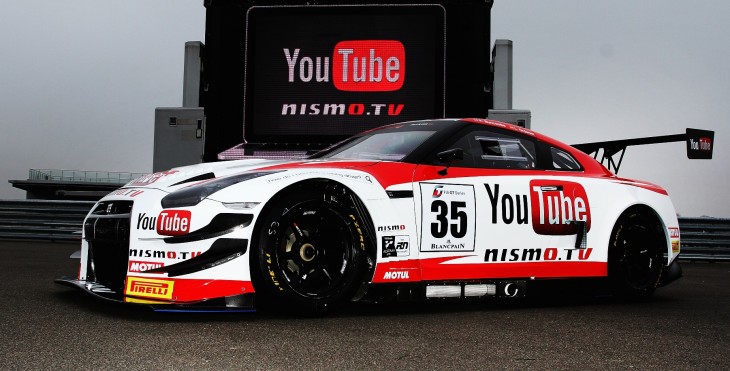 YouTube was once the place for random home-shot video skits. But the YouTube of yore has evolved to become a more sophisticated broadcasting behemoth, with live-streaming and movie premieres very much part of its offering. Yes, you can still watch pets do crazy things, but that’s slowly becoming secondary to what Google really wants its 2006 acquisition to be all about.

With that in mind, Japanese car manufacturer Nissan has launched Nismo.TV on YouTube, as part of a big global motorsport content push.

Just to recap, Nismo is Nissan’s motorsports and performance division, founded in 1984 following a merger of two motorsport departments – Publication Division 3, based in its Oppama plant, and its Special Car Testing Division, from its Ōmori hub.

With Nismo.TV, viewers go behind the scenes of Nissan’s motorsport activity to see new Nismo-branded products, while broadcasting its motorsport stories year-round. Projects such as Nissan’s experimental Le Mans electric prototype and gamer-to-racer GT Academy will go under the magnifying glass, alongside traditional motorsport coverage. From the tracks.

Interestingly, the collaboration will also see YouTube branding splayed across the cars of Nismo’s drivers as they compete across a myriad of big-name racing events in Europe.


Nismo.TV will also follow the GT Academy winners – who graduated from playing PlayStation games to become real-world racing drivers – illustrating their transition from PS3 to podium.

“By launching Nismo.TV on YouTube we’re creating a new template for leveraging motorsport content and taking it beyond the purist, on a truly global level,” explains Nissan’s Director of Global Motorsport, Darren Cox. “This new relationship with YouTube, like our collaborations with Gazprom Neft and PlayStation, shows what a new generation of motorsport-led marketing will look like.”

This is another big step for YouTube in its quest to become a destination for original content. With Nismo.TV, Nissan is creating a conduit to connect motorsport to its fans around the world, and we’re told that live-streaming will be added in the future. And Google gets another big-brand on board in its quest to monetize YouTube.

Nismo.TV will be going live as of 7am GMT on Friday 22 March, 2013. Meanwhile, watch the little skit below featuring Nissan’s Darren Cox talking about their new partnership.