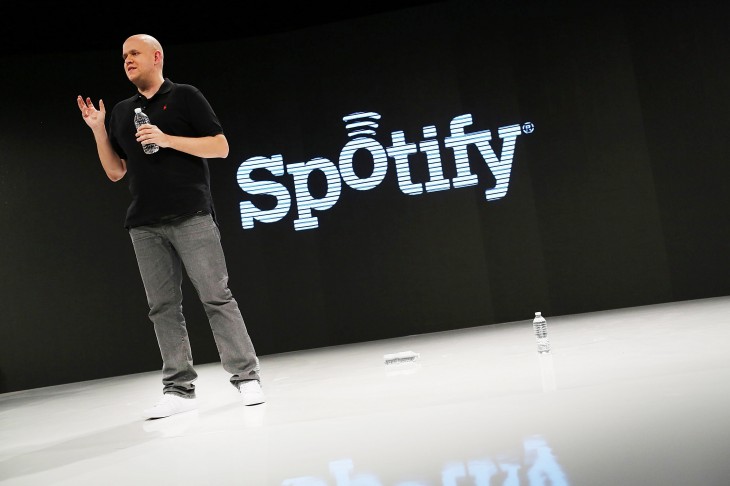 Less than two weeks after it announced a partnership with Ford, Spotify has continued its venture into in-car entertainment by revealing a new deal with Volvo, which will see it launch a voice-activated music streaming service fully integrated with the car manufacturer’s new touch-enabled dashboard.

Volvo’s new Sense Connected Touch solution will allow drivers to stream music from Spotify’s servers using either a 3G/4G dongle or a mobile phone connection tethered with the dashboard.

Similar to Ford’s SYNC AppLink technology, the integration will mean that users can call out the name of the track and have Spotify play it automatically. Although other examples haven’t been specified, it’s safe to assume that standard controls such as “play”, “stop” and “shuffle” will also be supported.

The functionality of Ford and Volvo’s offerings might sound similar, but it’s important to note that with Sense Connected Touch everything is built into the dashboard – what Ford has released is a connection between the Spotify mobile app and car radio.

For those people who still like to control their music using their fingers, Volvo’s Sense Connected Touch dashboard also offers a 7-inch display with an infrared, beam-scanned touch screen.

It means that for the first time in any car, the driver can search and select music even when wearing gloves.

Individually, these improvements might feel a little insignificant, but together they make a much more compelling and up-to-date in-car entertainment experience for Volvo. In the same way that hands-free has revolutionized taking calls on the road, voice-activated music controls should mean that changing playlists is a much safer and seamless experience. It remains to be seen just how accurate the voice recognition software is, but provided it’s functional, an evolution like this will fundamentally change the way that people drive.

It’s also worth noting that drivers can control Spotify using the steering wheel and centre stack controls – so if you’re having problems with the voice recognition software, there’s always a back up.

Volvo’s touch-enabled dashboard runs on Android, which means that it will be regularly updated and also support other apps including Google Maps, TuneIn radio, iGO navigation and a custom app store for new features and updates.

Sensus Connected Touch will go on sale this May as a dealer-fitted accessory for any new Volvo V40, V40 Cross Country, S60, V60, XC60, V70, XC70 and S80. The car manufacturer has also stressed that the dashboard can be retrofitted for “applicable used cars” dating back to 2011.

Joining up with both Ford and Volvo is significant for Spotify. The car is still an incredibly popular place to listen to music and has helped to preserve the interest in radio stations for many years. By tapping into drivers, Spotify will not only increase its total plays and overall listeners, but also improve its chances of converting them into paid subscribers.

For car manufacturers, offering music streaming services such as Spotify – Ford also has Rhapsody, Pandora, MOG and Amazon – improves the perceived value of their vehicles and also entices the take up (and purchasing) of such in-car technology.

Read next: Deal confirmed: Samsung forks out $112 million for 3% share in Sharp