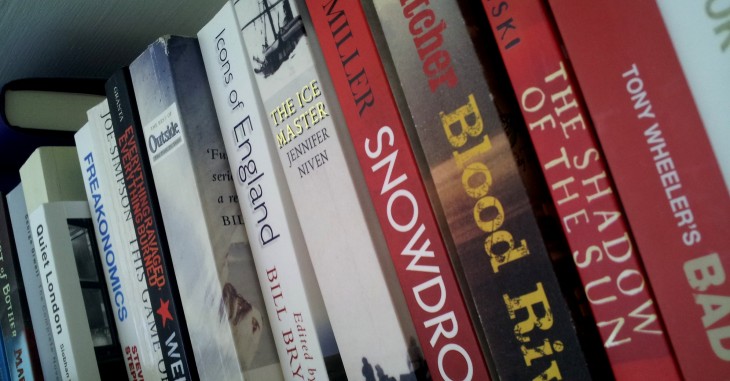 Print and digital book behemoth Barnes & Noble has confirmed that Leonard Riggio, the company’s Chairman of the Board and largest stockholder, “plans to propose” a purchase of all B&N’s retail business assets, as outlined in an amendment to his Schedule 13D filed today with the SEC.

It’s worth noting here that the plans don’t include NOOK Media LLC, the subsidiary comprising of the college and digital businesses of Barnes & Noble, including its Nook ereaders and tablets. The amendment in today’s SEC filing reads:

“On February 25, 2013, Mr. Riggio notified the Board of Directors of the Company (the “Board”) he plans to propose to purchase all of the assets of the retail business of the Company. The retail business would include, among other things, Barnes & Noble Booksellers, Inc. and barnesandnoble.com; and would exclude NOOK Media LLC (comprising the digital and College businesses).

“Mr. Riggio plans to make the proposal in order to facilitate the Company’s evaluation of its previously announced review of strategic options for the separation of its investment in NOOK Media LLC. The purchase price would be negotiated with the Board (and/or any committee thereof that would review and negotiate the proposal) and its advisors. The purchase price is currently contemplated to be comprised primarily of cash consideration and the assumption of certain liabilities of the Company. Mr. Riggio would provide the equity financing for the transaction and undertake to arrange any debt financing required for the transaction.”

While this is still very early doors, it seems the underlying reason for Riggio’s proposals is to make it easier to spin out ‘Nook’ as an entirely separate entity altogether. Indeed, last year we reported that Barnes & Noble was looking to split ‘Nook’ into a separate company, but nothing more has come of that yet, but Riggio’s moves look to be the next major step to enabling this.

In a press release issued today, Barnes & Noble says that the process of evaluating any proposal and negotiating the transactions will be overseen by a Strategic Committee of three independent directors: David G. Golden, David A. Wilson and Patricia L. Higgins, who is Chair of the Strategic Committee.

So, the official line for now is that things are still far from being signed and sealed – “There can be no assurance that the review of Mr. Riggio’s proposal or the consideration of any transaction will result in a sale of the retail business or in any other transaction…” – but given the previous intimations, it seems that it will be full steam ahead on this front. William Lynch, Chief Executive Officer of Barnes & Noble, said last year:

“We see substantial value in what we’ve built with our Nook business in only two years, and we believe it’s the right time to investigate our options to unlock that value.”

As things stand, no timeframe or timetable has been given for the review and the company won’t comment any further until something more concrete materializes.

B&N operates 689 Barnes & Noble bookstores in 50 US states, with its digital business offering Nook ereaders and ebooks through the online Nook store.