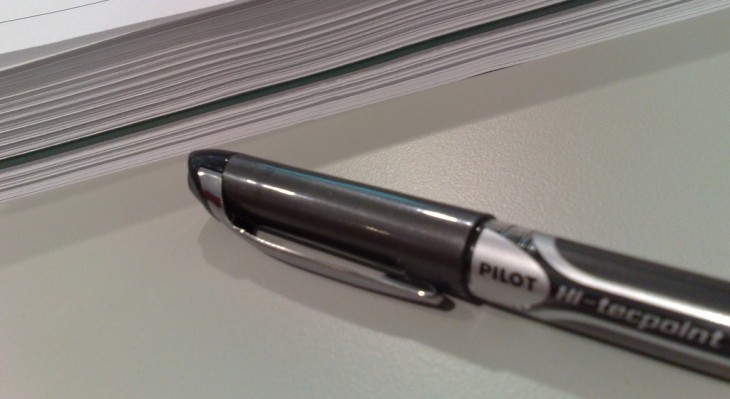 Back in August, we brought you news of a neat little Web app for Chrome called Transcribe. In a nutshell, Transcribe offers a simple browser-based text editor and audio player, with a handful of hot-keys to start, stop and alter the speed of audio – perfect for simple interview transcriptions.

While the free incarnation will likely be more than adequate for most people’s requirements, Transcribe has also been working on a Pro version for more serious users, and has been quietly adding a slew of features to this service over the past few months.

First up, the Pro version will likely only appeal to those who do a lot of transcribing. But if that is you, then you will likely find the upgrade of use, as it does bring convenience to the table.

In the free version, you can only transcribe a single audio file at a time and can’t save more than one document – which will be ample for many people. But with the Pro version, you can upload multiple audio files and transcribe them in parallel, shifting between files as and when required. Interestingly, you can also export the documents as a .doc file, which probably saves you a few seconds copying/pasting.

But the big selling point with the Pro account is the cloud-based platform – you can access your audio from any computer. This could prove particularly useful for small newsrooms who share transcribing responsibilities across the board. And in conjunction with the Transcribe Pro iOS app, it could really come into its own.

The iOS app was quietly rolled out in November, and it lets you record audio (lectures, interviews and so on) on your iPhone and upload them automatically to your Transcribe Pro account. As things stand on the free version, you have to manually transfer the audio to your computer, so this makes things a little easier.

Other features that may prove useful include waveform, which shows you where any long pauses are in an interview, thus letting you skip past these sections. Moreover, an additional hot-key (keyboard shortcut) is included for the Pro version, – (F6) will insert the time code [mm:ss] of the current audio position.

Another particularly neat feature for the Pro version is Templates, which let you set specific abbreviations to be automatically expanded as you type.

Throw into the mix support for multiple audio formats, including WMA, (the free version only accepts MP3 and WAV), rich text editing and support for Right-to-Left (RTL) languages, then Transcribe is really starting to open up to many more markets.

As noted already, the Pro version is really only for those who do a lot of transcribing, as it doesn’t come for free. The Solo plan will set you back $19/month, giving 8 hours of audio and a library of 20 documents, while the $29 Premium plan ups this to 14 hours and 30 documents. A pay-as-you-go tier was recently added too, costing $3 for each hour of audio, with up to ten documents.

All in all, Transcribe is really developing into a pretty comprehensive transcription tool for journalists and students, but there’s certainly scope for further improvements. For example, it would be interesting to see if Transcribe could be integrated with the likes of SoundCloud, for journalists who already have their audio-recording tool of choice. Or better still if it could integrate with Skype or a mobile phone itself, an interview could be saved directly to the Web account as it actually takes place. This would really take Transcribe to the next level.