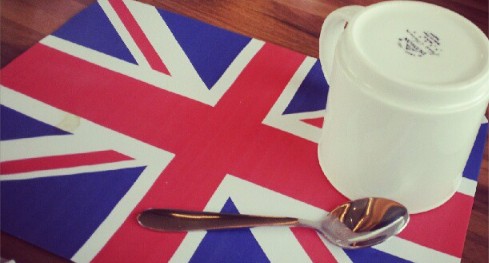 Despite running war games in preparation for potential streaming problems during the Olympics, and live-streaming being made available for all events across iOS and Android devices, NBC has had a torrid time since the opening ceremony kicked off last Friday.

Tape-delayed broadcasts and technical glitches have engulfed the broadcasting behemoth. The crux of the issue has been that it delayed broadcasts until prime-time to maximize advertising revenue, when many viewers would rather have watched events live, despite the ungodly hour.

NBC is now considering new ways of offering Olympics coverage in the future, which may involve an online-only streaming package available to non-cable subscribers. Though it has brought the paywall down for a few key events, viewers have largely required a cable subscription to watch events live on the Internet.

To counter this negativity, NBC is going on a PR push, pointing out that its Olympics’ coverage has heralded “unprecedented digital traffic”. Some tantalizing statistical tidbits include:

It also notes that the NBC Olympics Live Extra & NBC Olympics apps peaked at number one & number two on the Top Free Apps lists for iPhone & iPad on App Store. And it says that 6.2m devices were verified by Cable, Satellite and Telco customers.

As standalone figures, they look decent. But comparing 2012 with 2008 figures perhaps isn’t the best way of judging this – a lot has happened in the past four years, technology has moved on and viewing habits in general have changed.

When you consider technical glitches and online paywalls, you could argue that the reported figures are despite the issues, not because of them. And watching live sports on your mobile device was virtually unheard of in 2008, so this isn’t a fair comparison.

Of course, the reported figures for 2012 are only ‘so far’, and it’s perhaps best revisiting this at the end of the Olympics. However, it would be good to see a full breakdown of these numbers by platform – online, mobile, tablet etc. Lumping ‘online’ in together with apps doesn’t offer a fair comparison between the two Olympics. Oh, and app downloads don’t equate to actual ‘use’, we must add.

NBC does give some indication of the difference between ‘Web’ and ‘app’ though – users are averaging 85 streaming minutes on the Web compared to 58 minutes on the app. And the mobile website and apps together have accounted for almost 15m unique users, compared with just over 30m through a computer. So mobile apps are clearly key drivers here. Though it’s difficult to say what these numbers could have been, without said glitches.

Despite all the negative press, NBC is sticking to its guns, and Gary Zenkel, president, NBC Olympics, says they “couldn’t be more satisfied” with its digital coverage.

“We believed heading into these Games that if we could surround the consumer with as many touch points as possible — such as live-streaming every athletic competition online, on mobile and on tablet — then we could increase consumption and engagement, not only on digital, but on television as well,” says Gary Zenkel, president, NBC Olympics. “The result has been record-setting viewership, traffic and engagement on all of our platforms. We could not be more satisfied and are looking forward to continuing to extend access to these incredible Games on multiple screens.”

One thing does emerge from all this though. With NBC focusing heavily on its digital ‘successes’, this does suggest it’s distancing itself from the debacle that has been its over-the-air coverage, with many of the key events long finished by the time they’ve aired.

Read next: EA to Zynga: Enough already, The Ville is The Sims and we're going to sue you