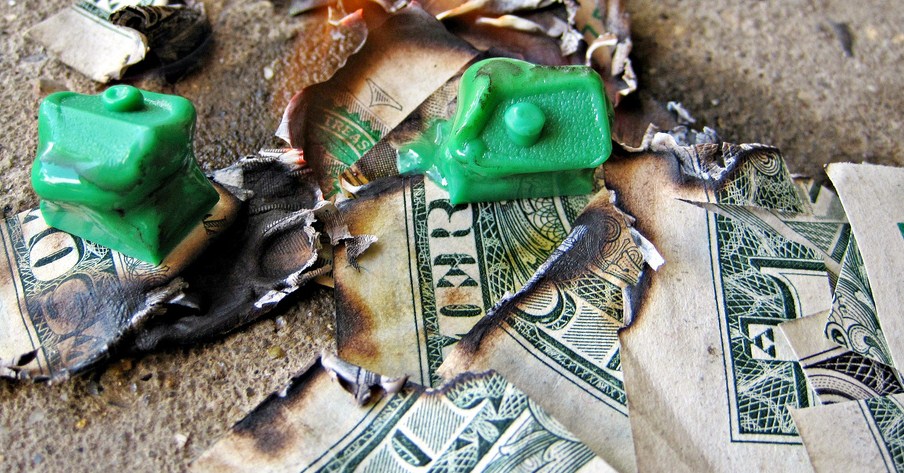 The Daily’s first quarter saw it rack up over 800,000 downloads. However, in that same quarter, it lost $10 million. That sum, added to the $30 million cost of building the paper to launch, states that The Daily burned through a total of $40 million to exist through birth and its first 90 days in market. Those are non-trivial sums.

Recent rumors that The Daily’s life could be in danger, when set next to those massive losses, are not hard to understand. However today The Daily’s Editor in Chief took to the publication’s website to push back. The following selected quotes have been culled from that post [Bold: TNW]:

As for the latest misinformed, untrue rumors of our imminent demise, I would urge you to ignore them. [… W]e have over 100,000 paying subs who are renewing their subscriptions at a 98% rate and fantastic advertisers who love our brand and keep coming back for more because they get results. Pay attention to them, not the haters.

This is the truth about the modern media business – all outlets, including the ones writing about us, are under pressure to prove themselves as businesses.  We are no exception, and to be sure, we will need to continue to evolve, adapt and change in order to compete and be successful.  As something new and different, we are an easy target for erroneous wishful thinking. But make no mistake, we will be nimble and we will compete.

The gist of all that is simple: The Daily has proven that it can attract a substantial customer base of paid subscribers, while selling advertisements. However, more work remains to be done. I translate that last bit to imply that The Daily continues to lose money. How might that be possible with some 100,000 subscribers? Well, let’s take a look.

The Daily costs $0.99 weekly, or $39.99 for a year. That’s a 20% discount for buying a full year at once. Now, The Daily has 100,000 subscribers, and a very high re-up rate. I presume that the 98% figure is caused by weekly subscriptions automatically renewing. What percentage of yearly subscriptions are renewed would be a far more interesting figure. We don’t have it.

Let’s make a few general assumptions that will help us put together a revenue projection for The Daily. First, we’ll assume a 50/50 split between yearly subscribers and weekly. I doubt that the number of yearly subscribers is that high. Once someone has paid for a year, they can’t cancel the transaction (lump sum payments are a one go affair, and The Daily doesn’t offer refunds). That’s good for bottom-line consistency.

Also, let’s assume that revenues for the publication are equal between advertising income and subscription fees. Whether The Daily can generate $0.99 per user per week in ad revenue is something that you can decide, but I want to ensure that our projections aren’t stingy.

We’re going to forecast a full year’s revenues for The Daily, at its current numbers using our assumptions. One note: we are not taking into account user attrition for weekly subscriptions, as we don’t have a number for that. This exclusion will lead to The Daily’s forecasted revenues being slightly higher than they otherwise might be. Here we go:

Here we multiply half of the paper’s subscribers, times the weekly rate, time the number of weeks in a year.

Here we multiply half of the paper’s subscribers, times the yearly rate.

Here we add both incomes to reach the combined projected subscriber revenue figure. Please note that this figure does not include fees paid to Apple. To reiterate, we are trying to err on the side of The Daily in these projections.

Here we double the subscription revenues to represent the addition of advertising income, as in our assumptions we decided that The Daily earns as much from ads as it does subscriptions.

Right, got all that? Now, let’s return to The Daily’s first quarter: it lost $10 million. The figure that we just came to for its yearly revenues at its current subscription level is less than its first quarter loss. Annualized, using early losses compared to later revenues, The Daily would be on track to shed over $30 million yearly.

You can flat-out double the $9.046 figure if you think that our figures are low, but that changes the underlying assumptions concerning The Daily’s business in the following way: under a doubling of its annual revenue figure, using the above method, it is implied that The Daily makes three times the money from ads as it does subscriptions. Does that gut check?

Yes The Daily has an impressive number of paid subscribers. However, its costs, derived from its previous losses, appear to far outstrip its income. Therefore, haters aside, The Daily hasn’t managed to break free from the underlying economics that plague other newspapers.

Perhaps it can raise its prices.

Read next: If you like programming and fine art, you will love Raven Kwok's work made with Processing